Israel Bill to Block Netanyahu Could Be Blocked
Israel 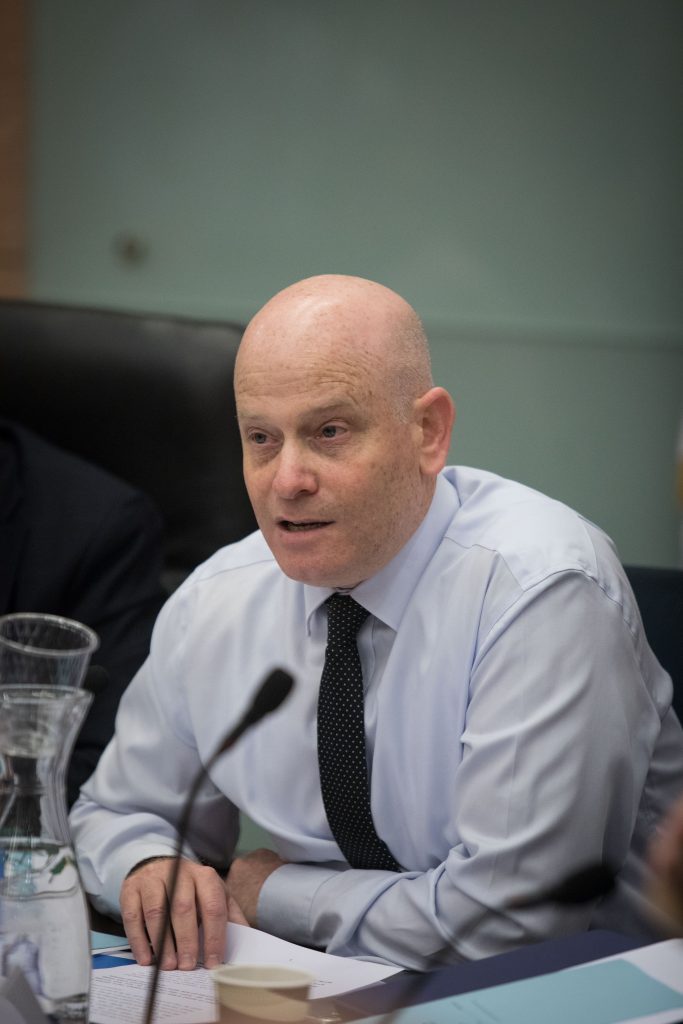 Blue and White plans to legally prevent Israeli Prime Minister Binyamin Netanyahu from forming a government encountered its own legal obstacle on Wednesday, as the Knesset legal adviser said that such a move would have to wait until after the Knesset reconvened.

Benny Gantz’s defeated opposition party is pushing fast-track legislation to disqualify an indicted prime minister from serving, but the Knesset’s lawyer, Eyal Yinon said it was not possible to do so as matters now stand.

“As a rule, the government plenum and committees do not convene during the two weeks between elections and the gathering of the new Knesset. As for private legislation, it is not possible during this period,” Yinon said in a statement.

However, it may be that Yinon’s statement would not impinge on Gantz’s plan, since it was reported that he intends to introduce the draft law only after the Knesset is sworn in on March 16.

It was not clear whether such a law would pass the plenum in any case. Blue and White, Labor-Gesher-Meretz and the Joint List on Wednesday voiced support for it, but Yisrael Beytenu was a question mark.

A senior Yisrael Beytenu official was quoted by The Times of Israel as saying they would vote for the law.

“Liberman didn’t support this law until now,” the source said on condition of anonymity. “Netanyahu hadn’t been indicted and he didn’t want to put the cart before the horse like Blue and White and get embarrassed later, and he didn’t want legislation that would intervene in the voters’ choice.”

“Now the situation is different, there is an indictment — and there is an urgent need to prevent Netanyahu from continuing to dissolve the Knesset again and again and plunge Israel into fourth elections.”

“Since Blue and White, Labor and the Joint List will support this law, it has 62 backers. “Checkmate,” he concluded. But the party made no official statement.

Meanwhile, Netanyahu denounced the proposal as anti-democratic: “The move that Gantz has introduced in the past hours has undermined the foundations of democracy and will of the people. We reiterated throughout the election that Gantz has teamed up with the terrorist supporters from the [United List] in an attempt to negate the public’s will,” Netanyahu said at a meeting of right-wing MKs.

Netanyahu said that “the Likud won by a knockout. Gantz said that whoever would get an additional seat would be the one to form the government. We got more. Gantz said he would not rely on the support of the Joint List and now he is relying on [whatever he can]. “The millions of citizens who supported us won’t let that happen,” added Netanyahu.

“Gantz, you lost the election. You are only adding to the rift in our society. We have challenges and opportunities [ahead] and must respect the will of the people. We will unite against this illegitimate endeavor,” concluded the Prime Minister, according to Arutz Sheva.

Yamina chairman Naftali Bennett earlier accused Gantz of trying to steal the election by passing such a law, and pledged to stand by Netanyahu.

Shas chairman Rabbi Arye Deri said, “The people made a clear decision. We’re not interested in a fourth election, but [Gantz] can’t change the outcome with the help of legislation. All 58 of us will stand as one.”