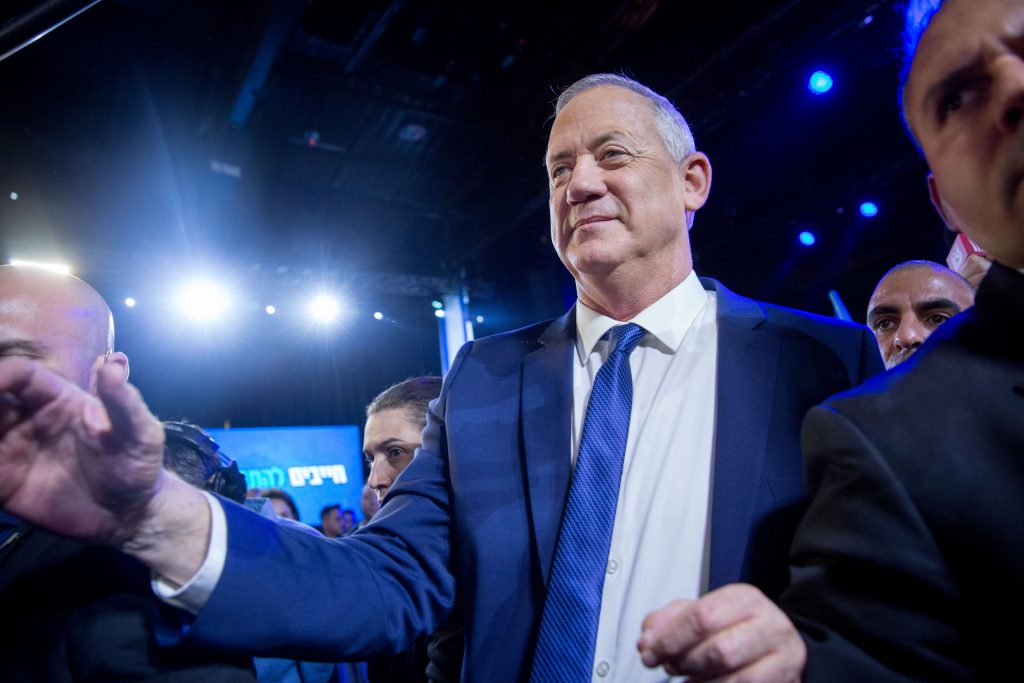 Blue and White MKs are set to meet Tuesday afternoon to consider their next moves. Party chairman Benny Gantz said Tuesday that while it was important to wait until all votes were counted and the election certified – something unlikely to happen before Thursday – “I accept the decision of the voter.”

That decision, based on a count of over 90% of the vote, puts the Likud at 36 seats in the 23rd Knesset, with Blue and White at just 32. Likud officials said in interviews Tuesday afternoon that they believed the number would change in their favor after some 350,000 additional votes, mostly of soldiers, were counted later Wednesday. With that, Gantz said that at this point, Netanyahu did not have 61 MKs with which to form a government.

As far as Blue and White’s future plans, Gantz said “we wll consider our future path. We are committed to the State of Israel, to Israel society. The public must know that we remain committed.”

The statement led some political commentators to speculate that Gantz might join a government headed by Binyamin Netanyahu, if he was made an offer. Analysts on Reshet Bet said Tuesday morning that joining a Netanyahu-led coalition was possibly the only option open to Gantz.

“He tried three times to unseat Netanyahu and failed,” said the analysts. “It’s clear that it’s not enough for a party to have as its platform ‘anyone but Netanyahu.’ Chances are very good that someone, most likely Yair Lapid, will thank Gantz for his service and try to take over the party.”

According to electoral law, individual MKs who jump parties are not allowed to receive government positions, like ministries or vice ministries, or chair Knesset committees. The exception to that rule is if a group of at least seven MKs, or an entire Knesset faction, jump party bounds together. Blue and White is made up of four parties, and if they officially separate, Gantz could take his faction and join the government, the analysts said.

Meanwhile, Avigdor Liberman remained adamant in his refusal to consider joining a Likud-led government. “We are waiting for the final results, and we will meet Thursday to decide what to do,” Liberman said in a terse statement Tuesday, reiterating that his party would not cooperate with the United Arab List or serve in a government headed by Netanyahu. With that, he said, “we are committed to preventing fourth elections.”