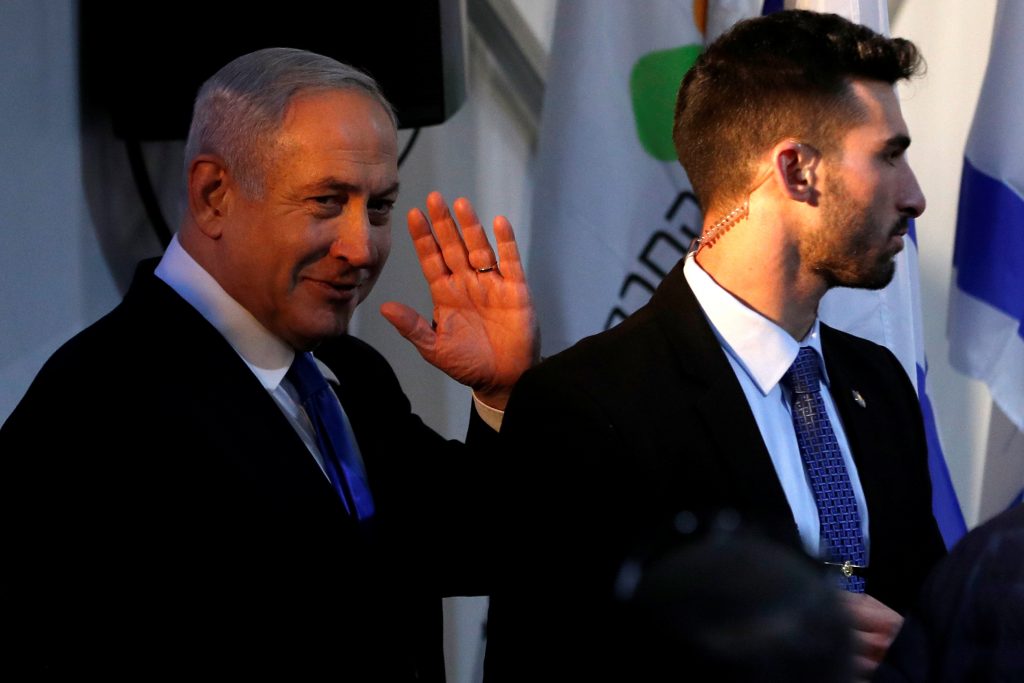 The all-out campaign to re-elect Israeli Prime Minister Binyamin Netanyahu‏‏ seems to be paying off as two polls released on Sunday showed his Likud party back out in front of Benny Gantz’s Blue and White, after months of trailing behind it.

If voting were held today, Likud would win 34 seats in Knesset to 33 for Blue and White, according to Channel 12; a Kan poll had it pegged at 35-34 in the Likud’s favor. It was the first time since the September elections that Likud has polled ahead of the opposition.

However, neither the Likud-led right bloc nor the center-left were able to garner the 61 seats needed for a coalition.

Other parties: Joint Arab list 13, Labor-Gesher-Meretz 10, United Torah Judaism and Shas 8 each, Yamina 7 and Yisrael Beytenu 7. Otzma Yehudit was projected to fall short of the 3.25% threshold, getting only 1.5 % of the vote, according to Channel 12, and about the same according to Kan.

The improved standing of the Likud could be the result of relentless campaigning, especially by Netanyahu himself and Shas leader Rabbi Aryeh Deri, who have been traversing the country at election rallies.

Still, the Likud warned: “[Only] Ben Gvir [Otzma Yehudit] dropping out would allow the right to receive 61 seats [required to form a coalition].”