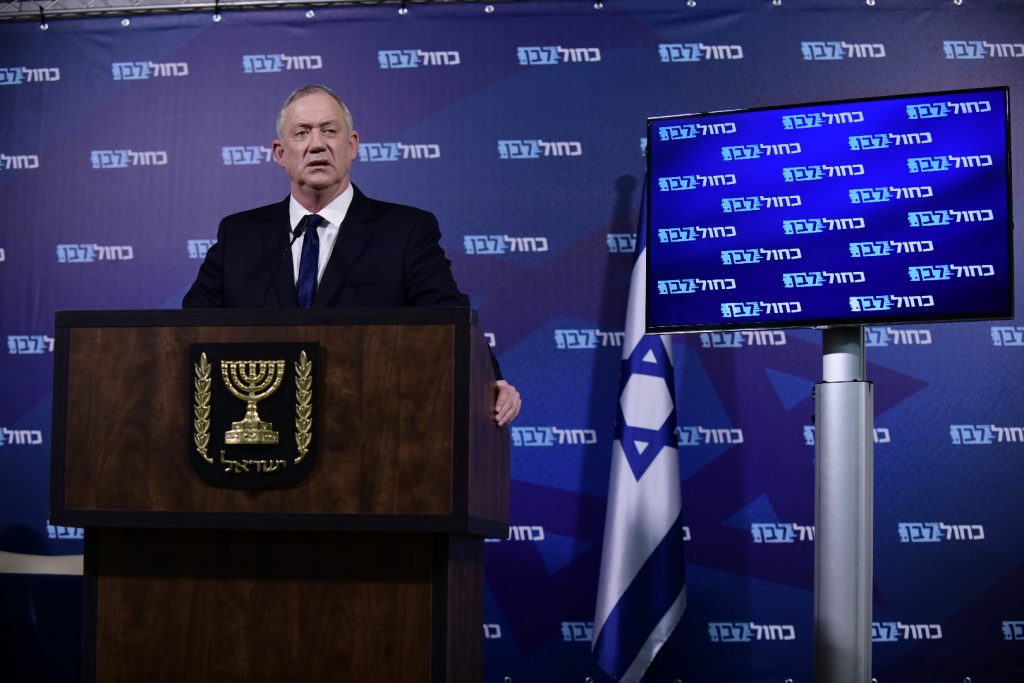 Blue and White leader Benny Gantz made anti-corruption a major plank in his campaign platform on Wednesday, as he declared that any party that wants to join his coalition after the elections will have to sign a pledge against passing a law granting a prime minister immunity from prosecution.

The statement was directed at Israeli Prime Minister Binyamin Netanyahu‏‏, who recently withdrew his request from parliamentary immunity from the Knesset, but is expected to seek passage of a bill to shield him from prosecution if he wins in March.

“I’m announcing here that anyone who wants to be part of my government will sign a guidelines document that will include a commitment to oppose any such initiative. I call on all party leaders to commit today not to lend a hand to such a bill. In Israel no politician or public servant will be above the law. The cabinet and the Knesset will not become a sanctuary for criminals,” Gantz said at a press conference.

“A man suspected of bribery, deceit and breach of trust can’t serve as a prime minister,” Gantz says at a press conference.

He accused Netanyahu of seeking “to demolish the institutions of the State of Israel, first among them those of law enforcement,” in a bid to avoid “being transferred from the prime minister’s chair to the defendant’s chair.”

Netanyahu’s trial in three criminal cases, which include charges of bribery and breach of public trust, has been scheduled to begin on March 17.

He also said that the authority to grant immunity from prosecution to members of Knesset would be transferred from the Knesset itself to an “external, professional, public committee.”

In addition, Gantz said that he plans to amend the current law, which allows someone convicted of “moral turpitude” to run for office again 7 years after release from prison, so that such a person would be permanently barred from public office.