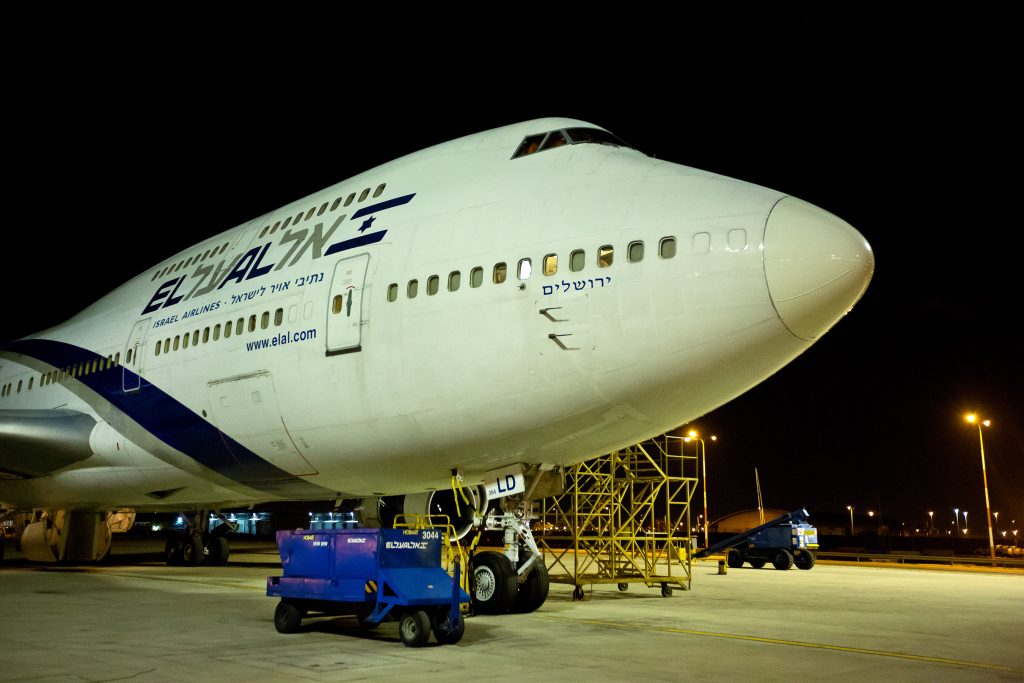 Transportation Minister Bezalel Smotrich said on Monday that the state will have to bail out El Al Airlines, which is reeling from financial losses due to a precipitous decline in air travel caused by the coronavirus epidemic.

“I think the state will need to put its hand into its pocket, as they do in other national crises, including natural disasters,” Smotrich told Kan Reshet Bet on Tuesday.

National flag carrier El Al has lost approximately $50 million to date due to flight cancellations and a drop in bookings, Smotrich said, with losses “likely to continue and grow” as the epidemic continues.

Without government support, he said, the country is likely to find itself without airlines “within a number of months.”

On Monday, El Al CEO Gonen Usishkin warned that “there are difficult days ahead and it is possible that we will be required to take dramatic steps and make painful decisions,” though he did not elaborate, making no mention of layoffs in the email message to employees as quoted by Globes.

El Al has suspended flights from Tel Aviv to Beijing and Hong Kong and scaled back the frequency of flights to Bangkok.

“We welcome the minister of transport’s initiative to assist Israeli airlines. We think that it is right, given the challenge at this time, which combines force majeure [events beyond the airlines’ control] with state decisions affecting us,” an El Al executive told Globes. He was referring to government decisions to cancel flights from China and to bar the entry of foreigners who spent time in the last two weeks in Thailand, Hong Kong, Macau or Singapore.

“These are decisions made by the state. They are making the situation worse with other countries, and are affecting us commercially. The importance of Israeli civil aviation to the Israeli economy and the ability to fly Israelis home in a crisis is critical. This crisis, which results from force majeure, mandates state support, and we thank the minister for his handling of the matter,” the executive said.

Smotrich said he has contacted Minister of Finance Moshe Kahlon about compensation for Israeli airlines, and that he intends to bring the matter to Prime Minister Netanyahu, as well. A Smotrich spokesperson told Globes that El Al is not the only airline under discusssion.

“We are as well prepared or perhaps better prepared than any other country,” Netanyahu told Army Radio.

“So far we have succeeded in preventing the entry of the virus… I will do everything to prevent it from happening or to postpone it for as long as possible.”

The Israeli public is exhibiting a case of the jitters, if nothing else, though.

The Health Ministry released a statement advising people not to pay attention to “fake news” disseminated on social media about the spread of coranavirus in Israel.

“Official announcements and updates can only be received through the authorized bodies in the Ministry of Health,” the statement said.