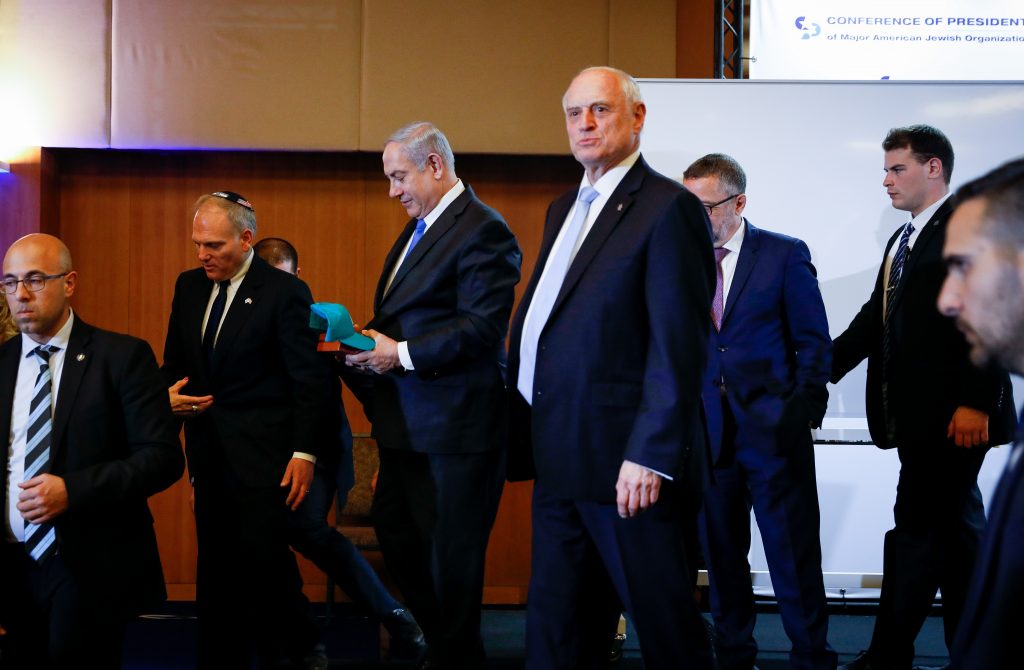 The first flight of an Israeli airplane in Sudanese airspace this weekend was hailed by Israeli Prime Minister Binyamin Netanyahu‏‏ as only a small token of vastly improved relations with once-hostile countries in the Mideast and Africa.

Netanyahu told a delegation of the Conference of Presidents of Major Jewish Organizations in Yerushalayim on Sunday that “there is scarcely one Muslim or Arab country around the world we don’t have deepening ties with.”

“We now have flights over Sudan direct to South America, and people can stop on the way in Chad, which also resumed relations with us recently,” a Muslim nation that also recently renewed ties with Israel.

The Presidents Conference was in Saudi Arabia last week for its first visit there ever, and the reports were positive.

“We just came back from a very important trip to the Kingdom of Saudi Arabia. It was the first such trip we have had to the kingdom and we feel it was very productive. Very encouraging,” said Conference chairman Arthur Stark in a press conference in Yerushalayim, alongside executive vice president Malcolm Hoenlein and CEO William Daroff, The Times of Israel reported.

Hoenlein would not be drawn by reporters’ questions on the Saudi position on the Trump administration peace plan, though they had met with senior officials during their Monday to Thursday visit.

He suggested “reading the tea leaves” instead.

“This week Secretary Pompeo will be in Saudi Arabia. You can read the public statements of Saudi officials regarding the peace plan and other public statements they’ve made. So we are hopeful things will continue to change in a direction that we will be pleased with,” said Hoenlein.