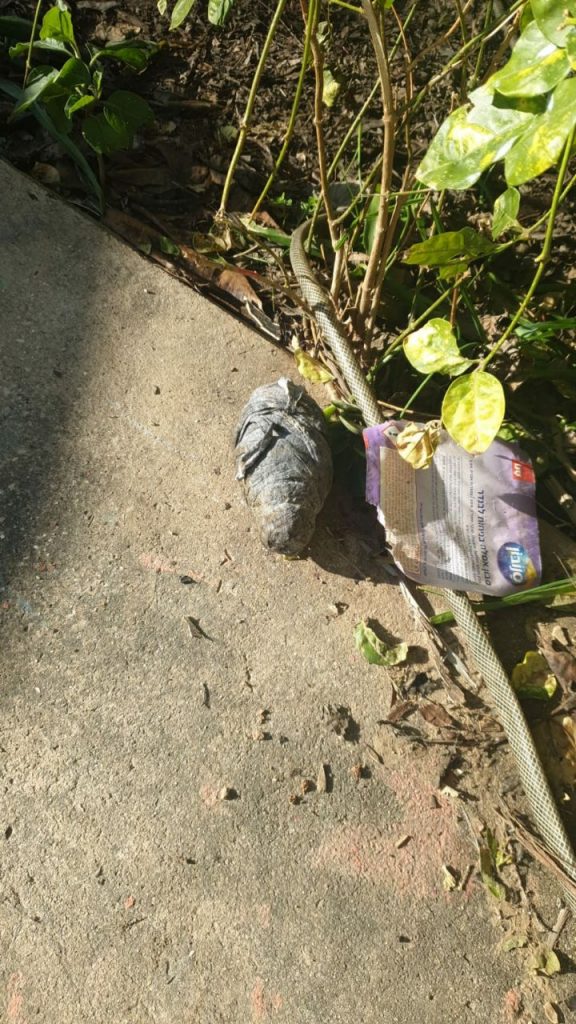 B’chasdei Shamayim, a nine-year-old boy in a kibbutz in southern Israel was unharmed – even though he played an improvised game of soccer with a round object he found in the backyard of his home. That object turned out to be an explosive device, which police experts were able to defuse without incident Wednesday.

The bomb had apparently become detached from the balloon cluster that brought it to the backyard of the house in Kibbutz Nirim, located near the Gaza border fence. Police were called after the boy’s parents noticed the suspicious object – and only then they discovered that their son had not only approached it, but kicked it around.

Children in southern Israel have been trained to be suspicious of balloon clusters, but the boy was not suspicious of the bomb “because there were no balloons attached. He didn’t think there was any danger. We explained to him that he should not touch items like this,” the boy’s mother told Yediot Acharonot, adding that it might have been the family dog who brought the object into the yard, “as she is always bringing things here. As soon as I saw it I got suspicious, and I called the security officer of the kibbutz.”

On Tuesday, reports said that Gaza terrorists had decided to shelve balloon terror attacks for now, but there are still reports of suspicious balloon clusters. A cluster was found in an agricultural area of the Eshkol Regional Council Wednesday. Bomb squad experts defused the explosive device attached to the balloons, with no injuries reported.