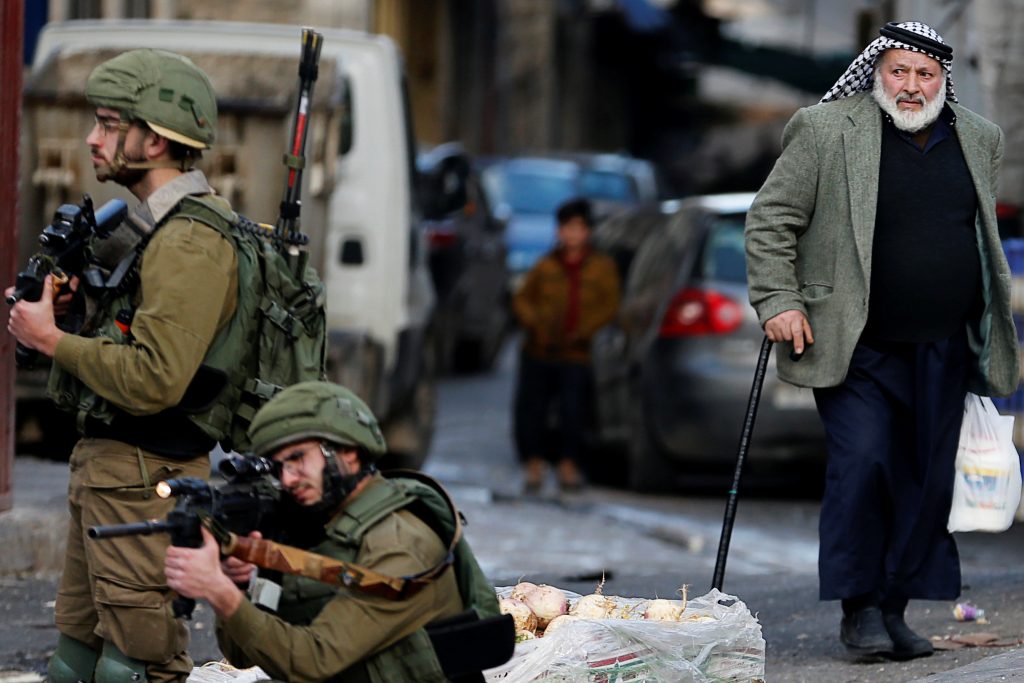 An IDF soldier, in his 20s, was lightly wounded Thursday afternoon in a shooting attack near the community of Dolev in the Binyamin region, the third attack on Israelis in some twelve hours.

The attack was at the Post Intersection, a major intersection in West Binyamin, between the Palestinian villages of Ras Karkar and Kharbatha Bani Harith, and the Jewish communities of Neria and Na’aleh. The intersection is named after the post office that was in the area during the time of the British Mandate.

According to Magen David Adom, the victim is fully conscious. The soldier was taken to the Sheba Tel Hashomer hospital.

Security officials said that the attack appears to have been a drive-by shooting, with the terrorist fleeing the scene.

The entrance to the nearby Palestinian village Ras Karkar was closed by the IDF shortly after the attack, with soldiers searching for the terrorists.

Earlier Thursday afternoon, a police officer was lightly wounded in a shooting attack near the Lion’s Gates in the Old City, when a terrorist opened fire on police. The police forces responded with fire, killing the terrorist.

That attack followed a ramming attack early in the morning, during which a terrorist rammed into IDF recruits who were in Yerushalayim for their inaugural ceremonies. Twelve soldiers were wounded in that attack, one seriously and the others lightly.