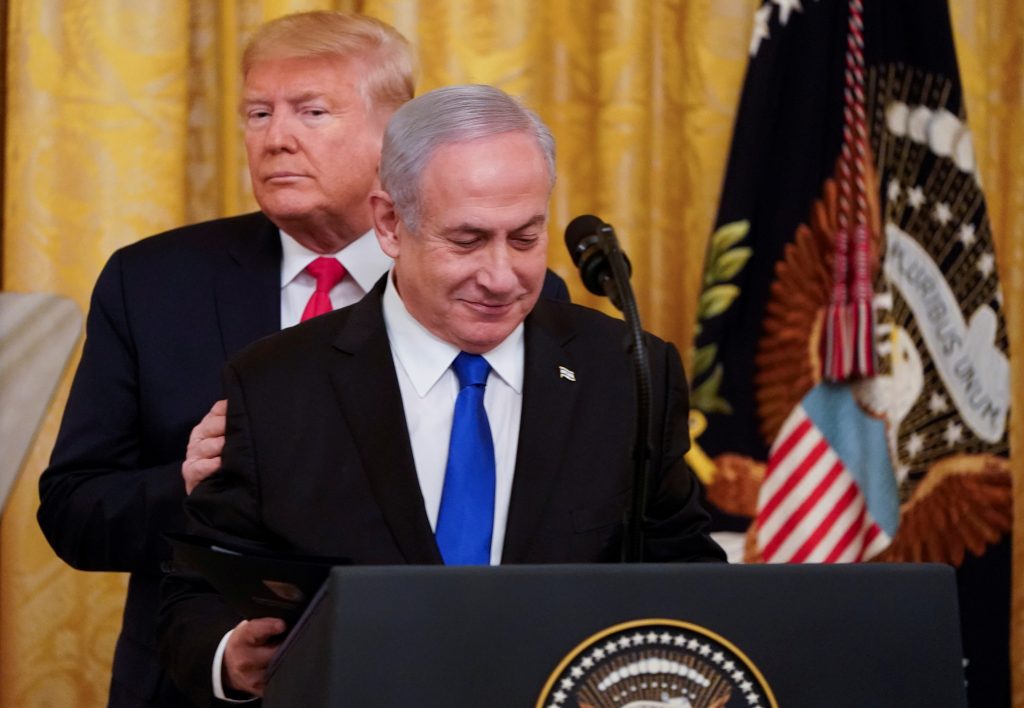 Uncertainty as to when Israel could commence the process of annexations in Yehudah and Shomron appeared to be resolved on Tuesday as Israeli Prime Minister Binyamin Netanyahu‏‏ said that he intends to do it after the March 2 elections.

Shortly after the January 28 press conference at the White House announcing President Donald Trump’s peace plan, Netanyahu called for a cabinet vote on its implementation the following Sunday. But he cancelled the vote after White House senior adviser Jared Kushner stated that he didn’t think any action could be taken until after the Israeli elections. Since then, the debate over the plan has continued, but annexation has stalled.

Netanyahu told a Likud rally in Beit Shemesh that annexation will only happen if he is re-elected. Blue and White leader Benny Gantz has, he noted, repeatedly stipulated that he will only extend sovereignty over Jewish blocs in Yehudah and Shomron with the approval of the international community.

And since Gantz will only have enough votes for a coalition with support from the Joint Arab List, annexation becomes an impossibility, Netanyahu contended.

At the rally, Netanyahu touted his success in securing the release of Naama Issachar from Russian prison and a diplomatic turning point with Sudan, and promised the crowd “more surprises.”

Meanwhile, Netanyahu received confirmation for his assessment of Gantz from the other side of the political divide, as Meretz Chairman MK Nitzan Horowitz said he will pressure Blue and White to open full negotiations with the Palestinians.

“As we get stronger on Gantz’s side, we’ll take him in the direction of direct negotiations on a Palestinian state,” Horowitz said on Army Radio.