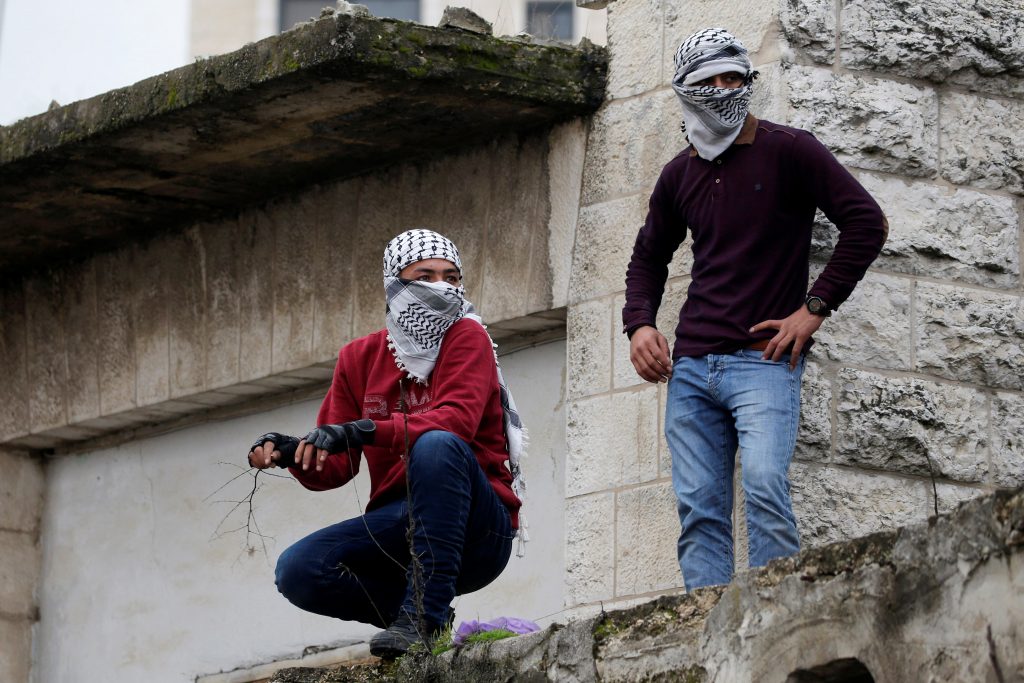 During clashes with dozens of rioting Palestinians in Chevron on Monday, an Israeli Border Police officer was lightly injured after being hit by a Molotov cocktail. He was struck in the face and his clothes caught fire, The Jerusalem Post reported.

The incident occurred just a day after an IDF soldier was hit by a Molotov cocktail in Chevron.

Monday’s violence, apparently triggered by announcement of the U.S. peace plan, extended to Tulkarem and elsewhere in Yehudah and Shomron as well.

Three Palestinians were injured by rubber bullets fired by Israeli security forces in Chevron on Monday.

The Palestinian National and Islamic Forces called for a day of escalation confronting Israeli forces next Friday, according to the Palestinian Quds news.