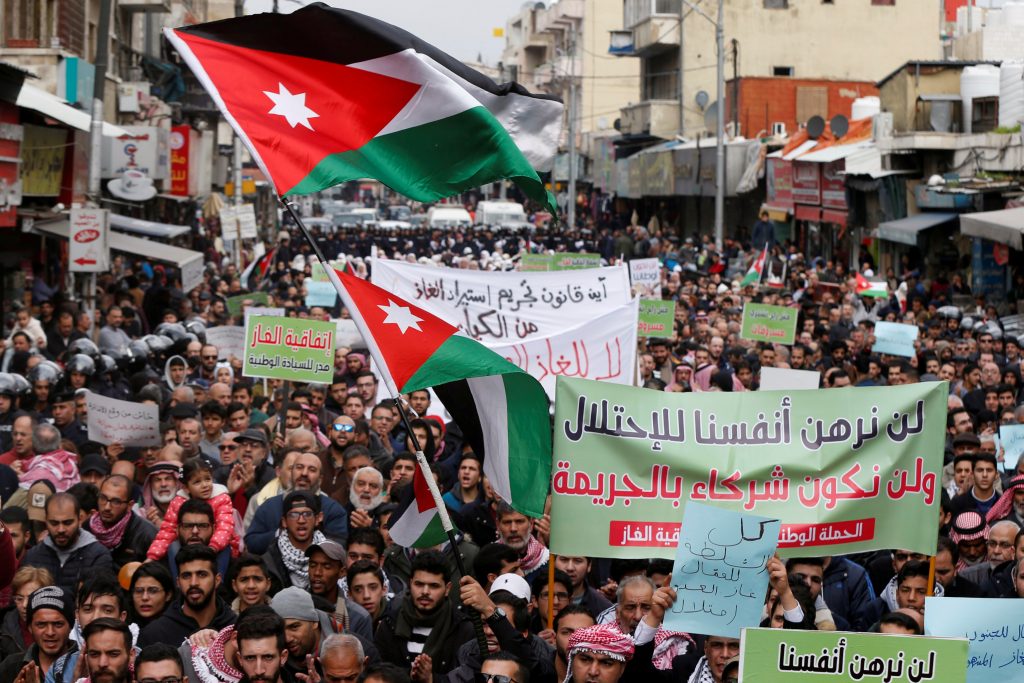 Jordan’s parliament on Sunday approved a draft law to ban imports of Israeli gas to the country just days after they started under a multibillion-dollar deal struck in 2016 which is opposed by much of the population.

The motion was passed unanimously by Jordan’s 130 lawmakers and will be referred to the cabinet to be made law, although legal hurdles may prevent it coming into force.

The government has previously said it was a deal between companies rather than a political matter.

The $10 billion supply deal was originally struck between Jordan’s state-owned utility and a U.S. Israeli consortium led by Texas-based Noble Energy, to provide gas to the country’s power plants for electricity generation.

It was not referred to parliament for approval.

Although U.S. ally Jordan has a peace treaty with Israel, the deal, which supplies Jordan for 15 years, has faced much popular opposition, with lawmakers arguing it makes the kingdom dependent on its neighbor for energy.

The Jordanian government said after the agreement was signed in 2016 that securing stable energy prices for the next decade could achieve annual savings of at least $500 million and help reduce a chronic budget deficit.

The import of Israeli gas has become a major focus in Jordan and sparked protests and calls for both the deal and the peace treaty to be scrapped.

“The gas of the enemy is an occupation. Down with the gas deal,” placards carried by protesters said.

Jordan’s ties with Israel have come under increasing strain since the gas deal was struck as Israel has moved to the right and since Donald Trump replaced Barack Obama as U.S. president.