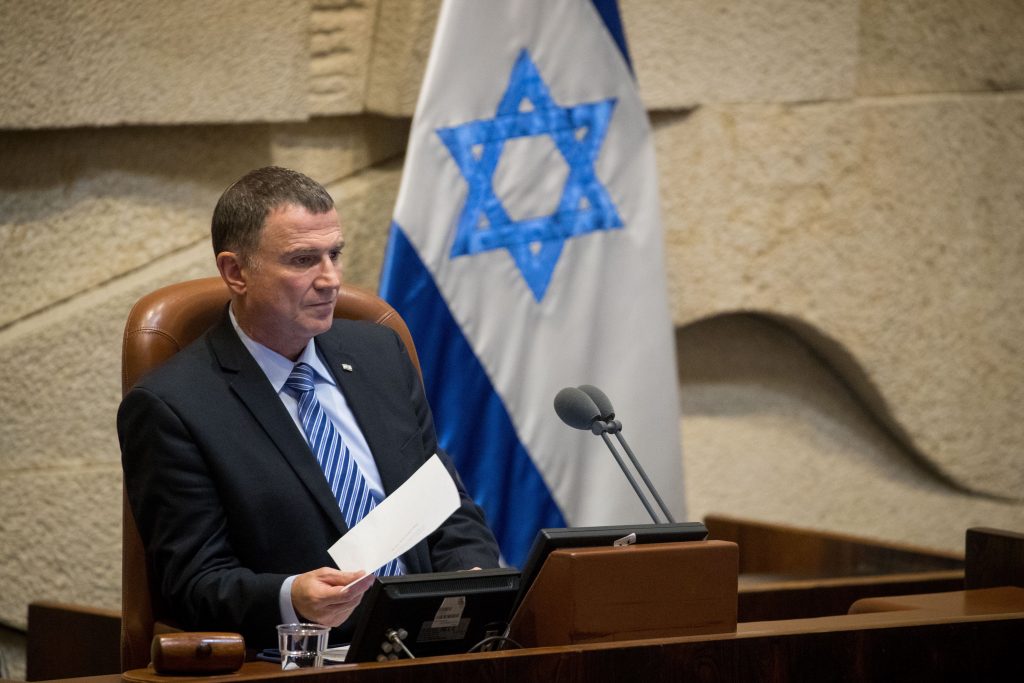 Next Sunday promises to be a turning point in the battle over Israeli Prime Minister Binyamin Netanyahu‏‏’s request for parliamentary immunity from prosecution, as political and legal forces come to a head.

The Blue and White party want to convene the House Committee to consider—and presumably reject—PM Netanyahu’s request, and the Knesset legal advisor is expected to deliver his opinion on whether Speaker Yuli Edelstein can block the maneuver.

Blue and White renewed threats to oust Edelstein, a Likud MK, if he refuses to give his approval.

“We will use all the means at our disposal to establish the Knesset committee,” Blue and White MK Yoaz Hendel told Ynet on Thursday. “I assume that Yuli Edelstein is trapped in a kind of Catch-22; I understand the political complexity he faces.

“I see with great regret what happens to all my friends in Likud as they are coerced into saying things for the sole good of Netanyahu and not the good of the country,” Hendel said.

Edelstein’s office said that once he receives Eyal Yinon’s opinion, he will make his decision on whether a House Committee will be formed.

The Likud argued this week that Yinon should recuse himself due to a conflict of interest, since his wife worked on the prosecutorial team in Netanyahu’s cases. Yinon has maintained that in strictly procedural questions such as the establishment of a Knesset committee, there is no conflict of interest.

Netanyahu and his allies want to prevent the House Committee from forming before the March 2 election, in order to delay the filing of indictments, if it comes, until after the voting.