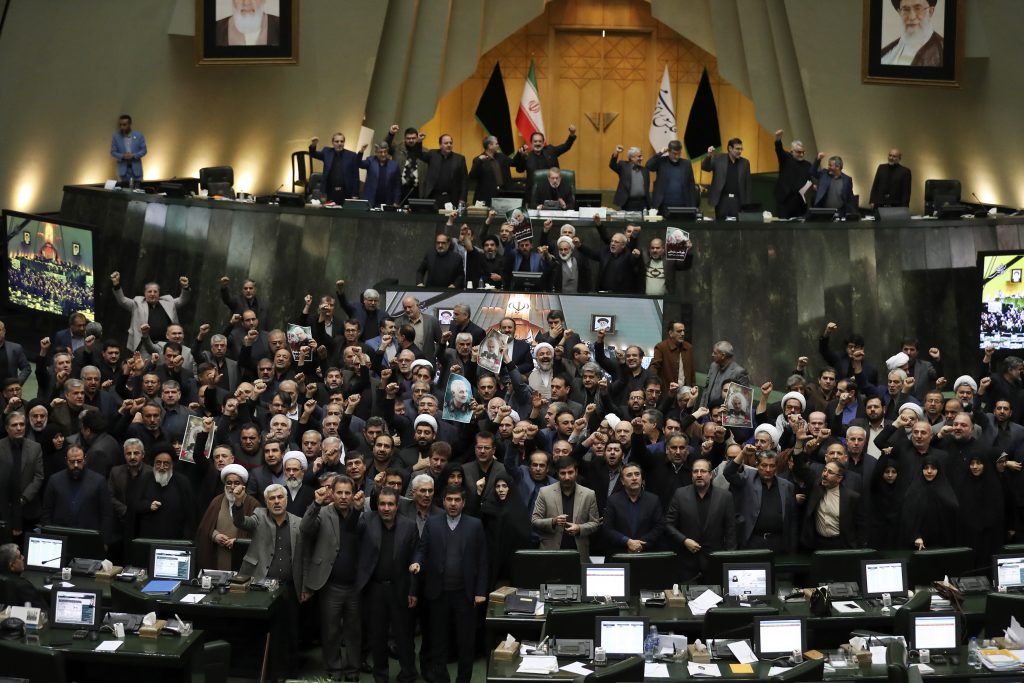 Israeli security officials believe that Iran is unlikely to attack Israel directly in the wake of the elimination of Qassem Soleimani – but an indirect attack via Iran’s client Hezbollah is a strong possibility. And that possibility may come to pass if the U.S. retaliates for Iran’s attack Tuesday on bases in Iraq where American soldiers are stationed.

Arab media quoted Revolutionary Guards officials as saying that if the U.S. retaliates for the Iranian attack on the Al-Asad ad Erbil bases, Hezbollah would strike at Israel. The officials said that “Israel is also part of the American regime that eliminated Soleimani, and needs to be punished as well.” The report followed comments by Iranian Foreign Minister Mohammed Zarif as saying that Tehran was not seeking escalation or war, but “we will defend ourselves from all attacks,” implying that Iran considered the strikes on the bases sufficient payback for the Soleimani elimination.

Iran claimed Wednesday that 80 American soldiers were killed in the attack on the bases late Tuesday. Iraqi military officials said that the attack came between 1:45 and 2:45 a.m. local time, and that 22 missiles had been fired. No Iraqis were killed or injured.

In the wake of the elimination of Soleimani, the chances of war in the Middle East during 2020 have risen, a report by the Institute for National Security Studies said. The report by the Tel Aviv University-based security think tank was presented to President Reuven Rivlin Monday.

The report was an update of a previous report, reissued with an analysis of what the Soleimani elimination means for Israel. “The elimination of Soleimani makes an uptick in tension likely, and requires the formulation of a new Israeli security strategy,” the report said, pointing to northern Israel as the most likely target for attacks by Iranian-backed Syrian and Hezbollah terror forces. Israel has been working hard to deter Iranian efforts to strengthen the country’s base in Syria and Lebanon, but the elimination of Soleimani is likely to strengthen Iran’s determination to base itself on Israel’s borders – likely eliciting a stronger Israeli response that could quickly slide the region into war.

While Iran is unlikely to open outright hostilities immediately, both Tehran and Washington are likely to be feeling their ways in a new reality, the report said. Much depends on whether the Soleimani elimination signals a change in American policy to a more aggressive policy against Iran, or will remain an isolated event. “The U.S. and Iran will both be testing its steps, raising the level of uncertainty and instability, which was already high in the Middle East even before the elimination of Soleimani.” Instability makes war more likely, the report said.