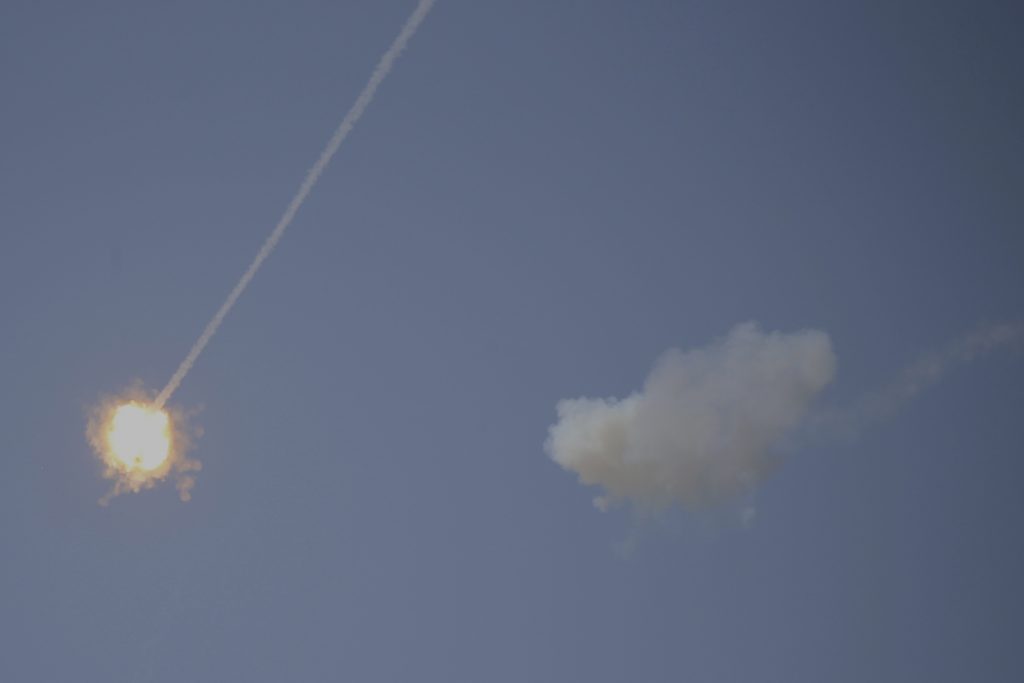 IDF planes hit Hamas targets in Gaza early Thursday after Gaza terrorists fired a rocket at Sderot earlier. Red Alarm siren alerts went off at about 2:30 a.m., rousing thousands of sleeping residents and sending them scurrying to bomb shelters. The rocket was intercepted and destroyed by an Iron Dome defensive missile.

Two people were treated in nearby hospitals as a result of the attack – one for shock, and one for injuries sustained when the individual fell while running to a bomb shelter.

Israeli planes in response slammed several Hamas targets in Gaza. Sources there said several people were injured in the attack. In addition, the IDF limited the distance fishing boats could trawl off the coast of Gaza to 10 miles, instead of the usual 15 miles. The limit will hold until further notice, the IDF said, adding in a statement that it viewed Hamas as responsible for all terror attacks from Gaza.