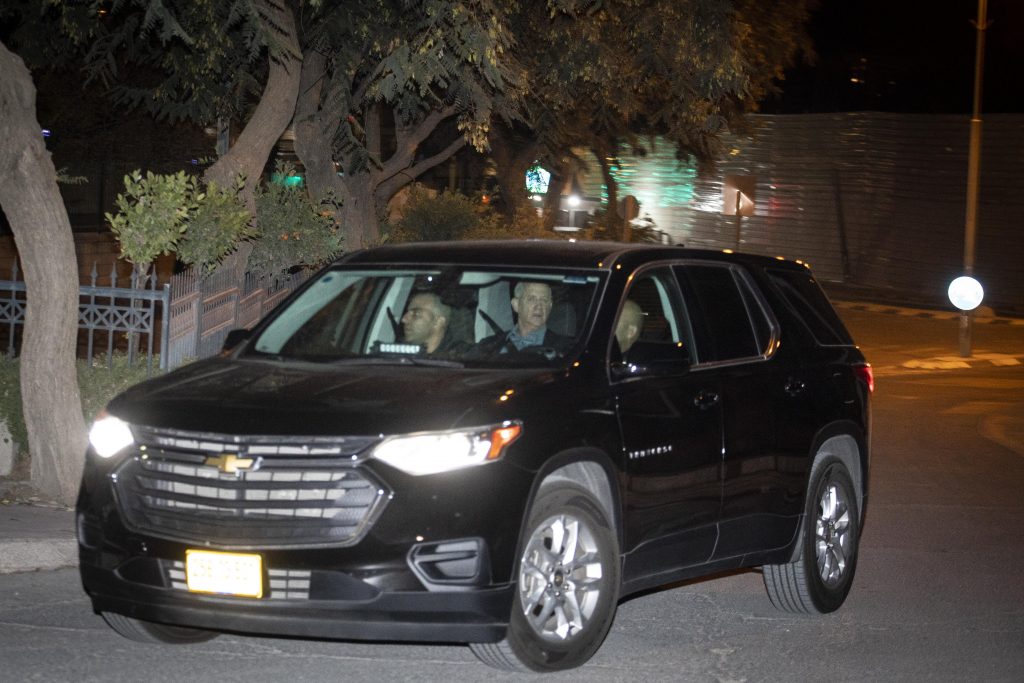 A last-ditch meeting between Binyamin Netanyahu and Benny Gantz Tuesday night failed to bridge the gaps between the two – and hours before Gantz’s mandate to form a government expires, senior members of Gantz’s Blue and White party told Kan News that “it appears we are going to elections.” The party is not counting on Avigdor Liberman to step in and support a minority government together with the United Arab List – if anything, he is more likely to form a government with the Likud. “Liberman and Netanyahu could have closed a deal days ago,” the sources said.

Liberman is set to make a statement Wednesday afternoon in which he will reveal his plans. The Yisrael Beytenu head has consistently said that he would only support a unity government between the Likud and Blue and White, a prospect that appears more remote than ever. Earlier this week, Liberman said that his decision would rest on which side was more willing to compromise. Neither Netanyahu nor Gantz qualify: Gantz refuses to join a Netanyahu-led government unless the prime minister agrees to step down if or when an indictment is handed down against him, and Netanyahu refuses to give up the bloc of 55 rightwing/chareidi MKs.

The Likud, referring to the attack on Syria early Wednesday, said that “on a day when Israel is attacking its enemies, we hope that Liberman will not lend a hand to establishment of a minority government dependent on supporters of terror,” the United Arab List. “Liberman said that he would join a government led by those who agreed to a unity government. Now we will see if he is true to his word.”

In a statement, Gantz on Wednesday again called on Netanyahu to give up the bloc. “Understand the results of the election, give up the bloc that seeks to give you immunity and join me for direct and honest negotiations. Let us draw up policies based on the ideas of the two large parties. I am ready for concessions that do not require me to give up on my principles.”

The Likud responded by saying that “Gantz rejected the framework set forth by President Reuven Rivlin and the conditions that Liberman set for a rotation deal between him and Netanyahu. Gantz told Netanyahu at their meeting that he intended to set up a minority government that relies on the votes of supporters of terror. Gantz and Yair Lapid lied when they told their voters that they would not negotiate with the United Arab List and we will not seek to use them to block the formation of a rightwing government. Netanyahu was right when he warned this could happen. A minority government with the United Arab List would be a danger to Israel, especially at this time.”