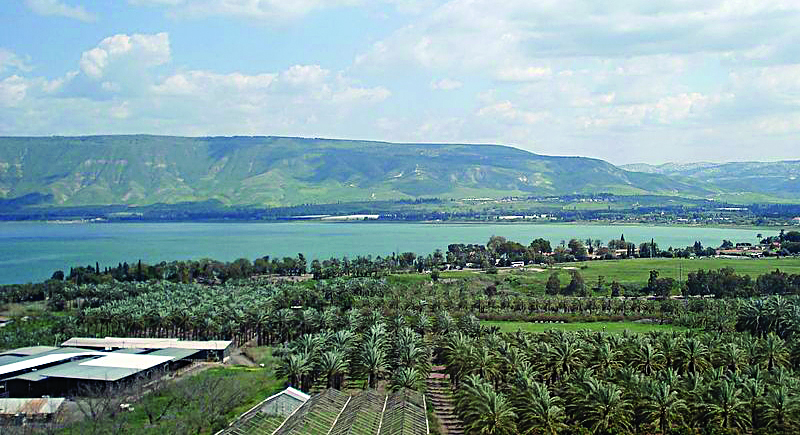 With the U.S. proclamation that Israeli settlements in Yehudah and Shomron “do not contravene international law,” Prime Minister Binyamin Netanyahu has given Likud MKs a green light to promote legislation that would impose Israeli sovereignty on the Jordan Valley.

“I was asked by [PM] Netanyahu to promote this legislation and we hope to present a law by next week,” Likud MK Shiran Haskell said Tuesday. “The legislation will be fully supported by the Likud and the prime minister.”

Haskell called on Blue and White to support the legislation. “After the declaration by President Trump, we have a unique opportunity presented [to] us by the American administration. I hope that Blue and White will cooperate on this and not attempt to stifle it,” Haskell said.

On Monday, Haskell asked MK Avi Nissenkorn, head of the Knesset Control Committee, for a waiver on the usual 45-day waiting period between when an MK introduces private legislation and when the Knesset votes on it for its first reading.

On Monday, U.S. Secretary of State Mike Pompeo reversed a policy that had been proclaimed by the State Department decades ago, saying that the U.S. would no longer view Jewish towns in Yehudah and Shomron as illegal. “Calling the establishment of civilian settlements inconsistent with international law has not advanced the cause of peace,” Pompeo said. “The hard truth is that there will never be a judicial resolution to the conflict, and arguments about who is right and who is wrong as a matter of international law will not bring peace. The establishment of Israeli civilian settlements in the West Bank is not, per se, inconsistent with international law.”

Haskell’s is not the only piece of legislation for the annexation of the Jordan Valley. Similar laws have been proposed by former Justice Minister Ayelet Shaked, and MKs Michal Shir and Yoav Kisch of the Likud. All were proposed during the previous Knesset and were working their way through Knesset committees when Prime Minister Binyamin Netanyahu called for early elections last April.