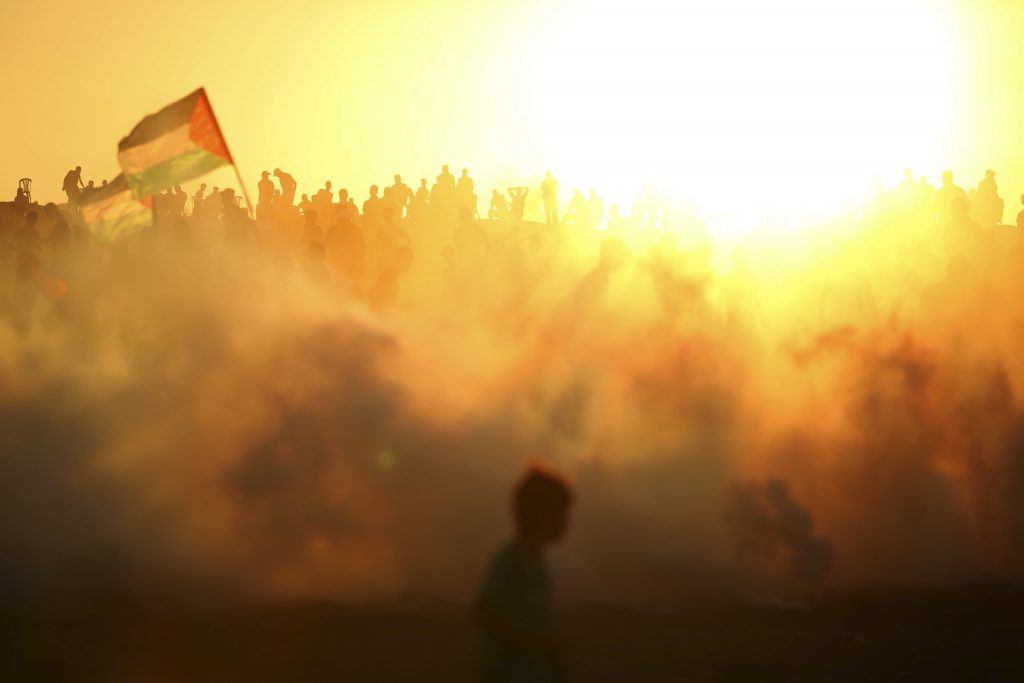 Red Alert sirens sounded Friday night in several areas along the Gaza border, as Gaza Arab terrorists fired rockets at Israeli towns. B’chasdei Shamayim, the rockets fell short of their marks, falling on the Gaza side of the border.

Meanwhile Friday, thousands of Arabs rioted along the border fence, throwing rocks and firebombs at Israeli security officers. Officers responded with anti-riot measures. Gaza sources claimed that a rioter was killed, with 11 others injured. No Israeli forces were injured in the rioting.

Meanwhile, a bomb planted by Arab terrorists exploded next to a military outpost near the village of Beit Omar, outside Chevron. No soldiers were injured in the bombing, but there was damage to the outpost. Security forces arrested a suspect in connection with the bombing. During searches for more terrorists, Arabs rioted and threw rocks and firebombs at soldiers. One soldier was lightly injured in the incident, which soldiers responded to with anti-riot measures.