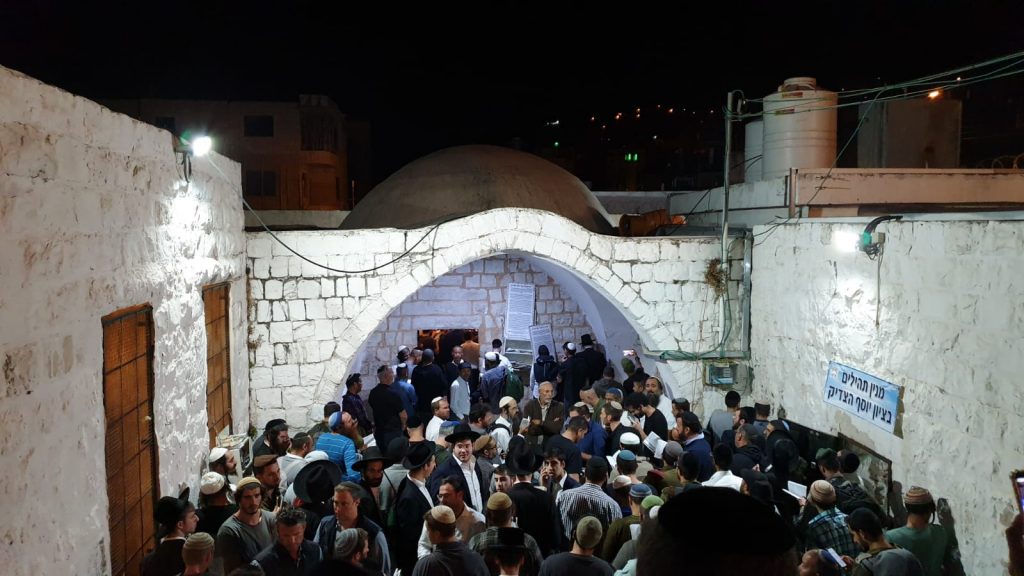 Nearly 1,300 people came to daven at Kever Yosef Monday night, accompanied security forces who fended off numerous Arab rioters who attempted to reach mispallelim. Prior to the arrival of visitors, IDF forces, b’chasdei Shamayim, discovered an explosive device at the site that was set to go off while Israelis were at the kever. The discovery and neutralization of the device avoided what could have been a major terror attack.

Among the visitors was Education Minister Rafi Peretz. “We need to bring many more Jews to live in the Shomron,” he said. “This is our land, given to us by Hashem, and we hope to merit to drive deep roots in the land here. Anyone who visits this site takes from our roots and brings them home to their families and communities. During these days of debate and separation, let us remember the lesson of Yosef Hatzaddik, who brought together the Jewish people with love.”