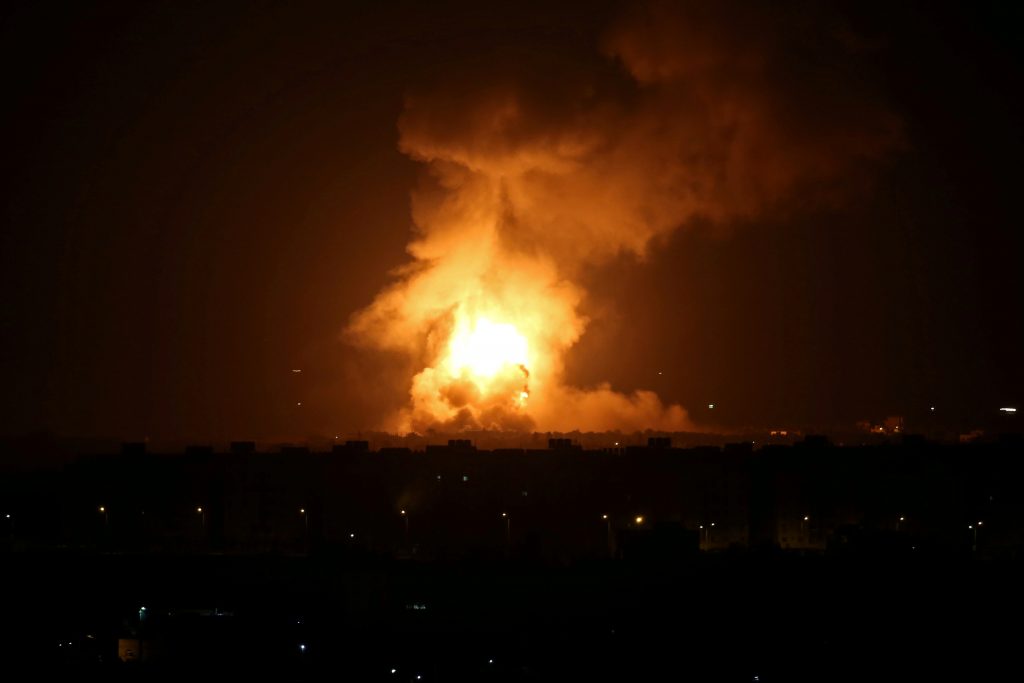 In an interview with Reshet Bet Thursday, Prime Minister Binyamin Netanyahu said that it appear Israel would have “no choice” but to begin a major campaign against Hamas. Netanyahu called on the media to “stop fostering an atmosphere of panic” in its reporting on the situation in the south. “Israel has a clear plan and is prepared to act in Gaza. It appears we will have no choice but to bring down Hamas.”

Netanyahu said that his approach to the Gaza issue was one of “rational thought and not panic. I will not go out to war except as a last resort. I am not prepared to endanger soldiers and civilians in order to get applause.” But Israel is running out of patience, and out of methods to avoid that conflict, Netanyahu said. “We may have no choice but to go to war. Hamas is not preventing the attacks against us.” With that, he said, “I will not enter into a conflict one minute before the optimal time. I do not run my policy based on social media,” he added.

Commenting on his announcement that he planned to impose Israeli sovereignty on the Jordan Valley, Netanyahu said that he was sincere. The criticism leveled at him by elements on the right – such as Yemina heads Ayelet Shaked and Naftali Bennett that he was just being opportunistic in making the announcement days before the election instead of years ago – Netanyahu said “they can post all they want on social media. But we have to ensure that the international community is on board with our plan.”

He couldn’t announce this plan immediately, Netanyahu said, “because I had to deal with the fallout of the last government’s policy.” In recent years, however, there has been a “historic change” in the attitude of the international community to Israeli sovereignty in parts of Yehudah and Shomron, and he intended to take advantage of it. Netanyahu said he had planned to make the announcement already weeks ago, but legal advisors told him to hold off because of the status of the government as a caretaker one.