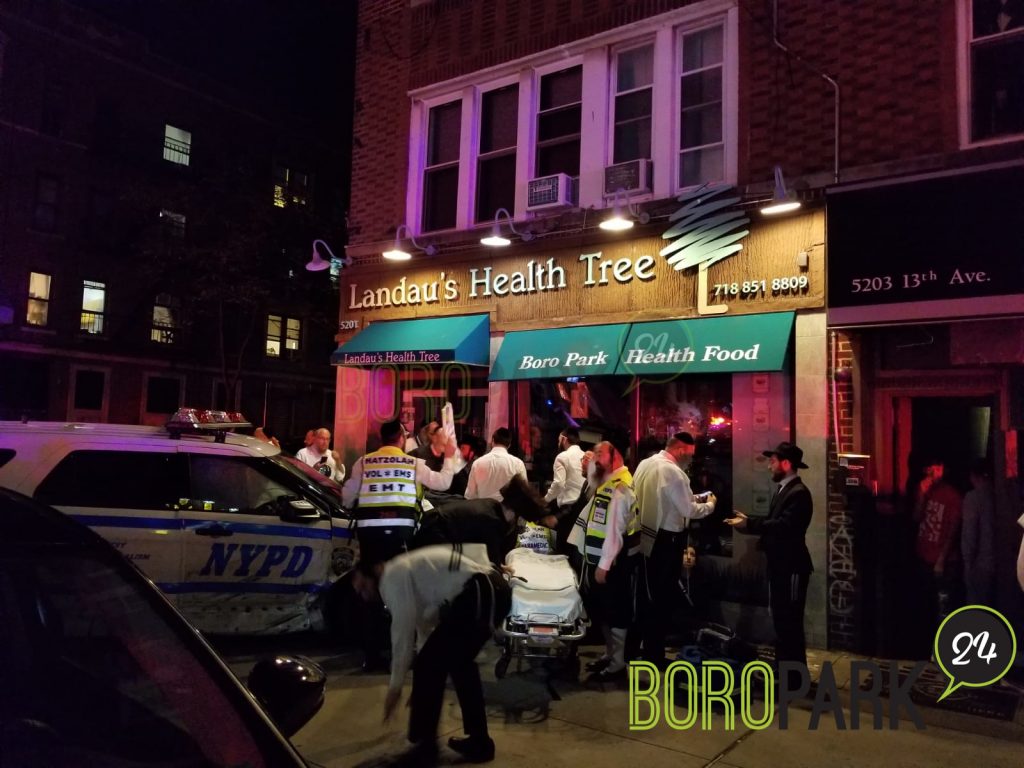 A police officer responding to a call on Motzoei Shabbos on 13th Avenue in Boro Park lost control of his cruiser and crashed into a building, injuring several pedestrians.

The officer, who was injured in the incident, was driving to a call of a pedestrian injured in a crash when he swiped a vehicle crossing the intersection from 52nd Street and veered onto the sidewalk.

At least five people standing in the area were injured. The officer’s cruiser then continued, crashing into Landau’s health store on the avenue.

Mayor Bill de Blasio tweeted that two officers and the civilians were injured but “all were in stable condition.”