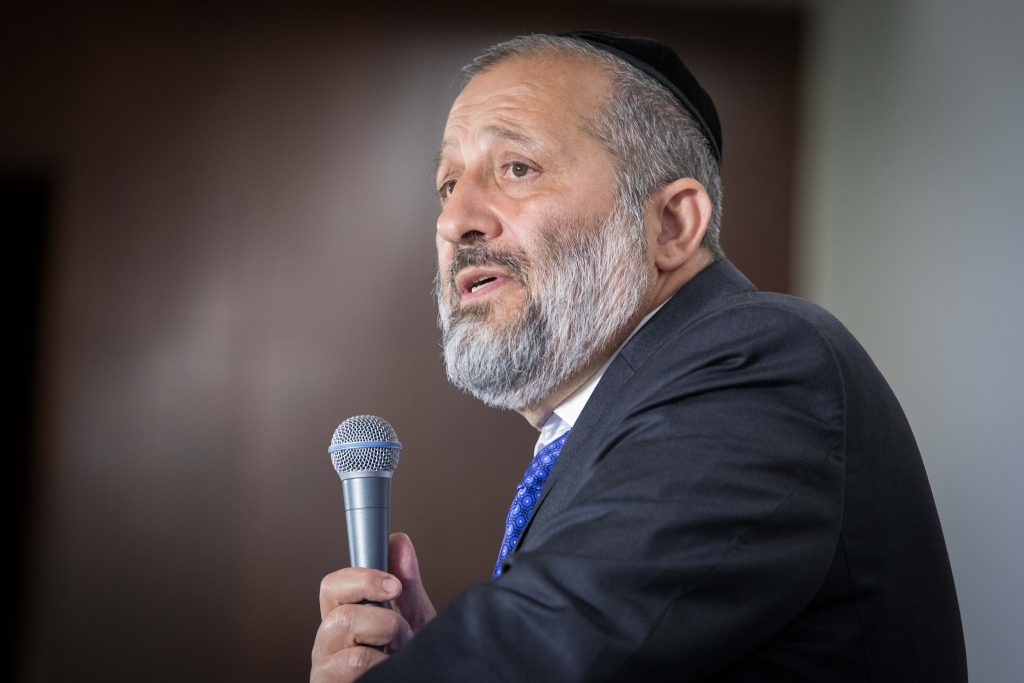 Interior Minister Rabbi Aryeh Deri said that senior Likud MKs tried to persuade him to support a government without Prime Minister Binyamin Netanyahu in hopes of preventing the dissolution of the Knesset and repeat elections, in a recording obtained by Channel 12 Tuesday night.

Rabbi Deri said “there was pressure on us to go to new elections.” MKs from Likud and other parties came to him and argued that it would be better to allow President Rivlin to ask Blue and White chairman Benny Gantz to try to form a government.

“Why do you back him to the end?” they asked the Shas leader.

“I told them: ‘Gentlemen, it’s unthinkable. The people wanted Netanyahu. Because Liberman doesn’t, we should tell Netanyahu to go home?’

Rabbi Deri added that in recent days as well, he has been approached with proposals to form a government in September without Netanyahu.