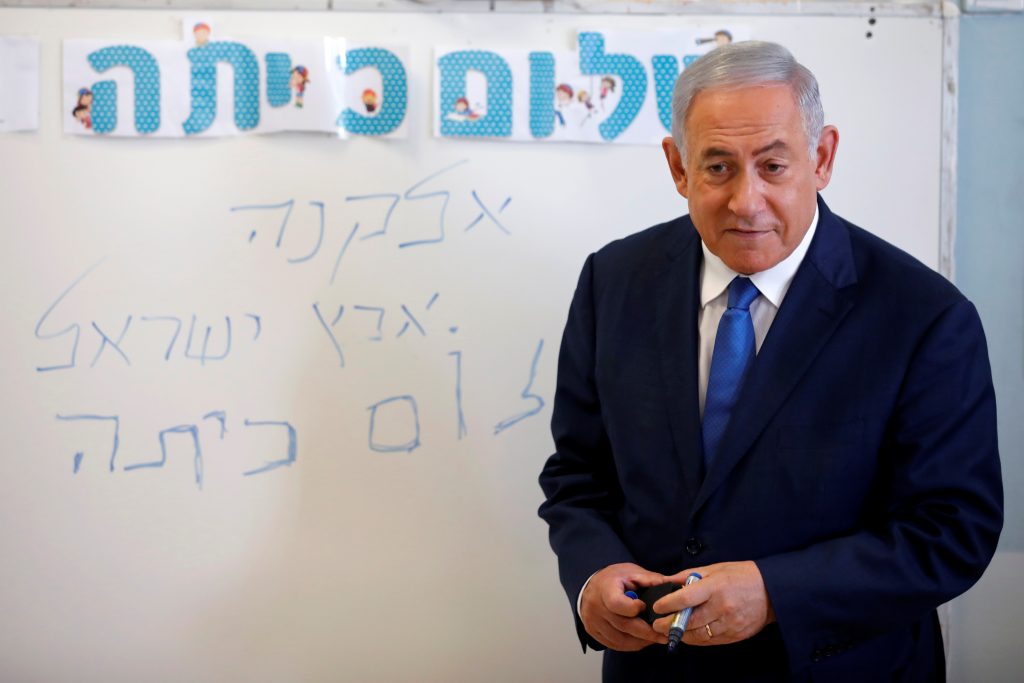 Prime Minister Binyamin Netanyahu intends to annex Jewish communities in Yehudah and Shomron, he said on Sunday, reiterating an election promise made five months ago but again giving no timeframe.

Yehudah and Shomron is one of the most heated issues in the Israeli-Palestinian conflict. Palestinians have voiced fears that Netanyahu could defy international consensus and move ahead with annexation with possible backing from President Donald Trump, a close ally.

“With G-d’s help we will extend Jewish sovereignty to all the settlements as part of Eretz Yisrael, as part of the State of Israel,” Netanyahu said in Sunday’s speech in Elkana, where he attended a ceremony opening the school year.

He did not say when he planned to make such a move.

Netanyahu made a similar pledge days before the general election in April. After the vote he failed to form a governing coalition and the country will hold a new election on Sept. 17.

With publication of a U.S. peace plan still pending, Trump has already recognized Israel‘s 1981 annexation of the Golan Heights, territory Israel liberated from Syria in the 1967 Six Day War.

After decades of settlement-building, more than 400,000 Israelis now live in Yehudah and Shomron, according to Israeli figures, among a Palestinian population put at about 2.9 million by the Palestinian Statistics Bureau.

The Trump administration says it intends to release its Israeli-Palestinian peace plan after the Israeli election and has not disclosed whether it will advocate a two-state solution that has been at the foundation of past negotiations.