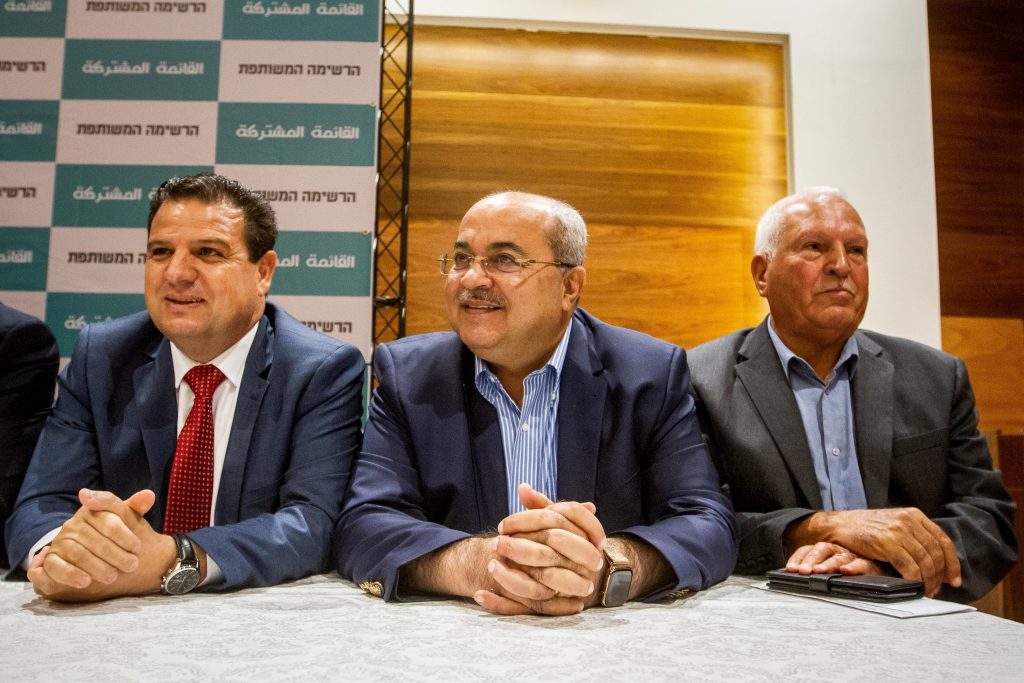 Joint (Arab) List chairman Ayman Odeh’s apparent willingness to at least consider joining a Blue and White-led coalition was batted down both by Blue and White and other Arab politicians.

In a preview of an interview to be published on Friday, Odeh told Yedioth Ahronoth he was “willing to join a center-left government.”

But he followed that with several conditions — including “ending the occupation” —which would make such an alliance improbable.

“I will not be a member of [Benny] Gantz’s ‘government of generals,’” Joint List MK Ahmad Tibi told Channel 13 on Thursday. The party is led by three former IDF generals and Yair Lapid.

Tibi also stressed that Odeh’s conditions, which made the idea almost utopian, were being largely ignored in the media.

Gantz has not commented, but Lapid and fellow Blue and White members Gabi Ashkenazi and Yoaz Hendel felt compelled to do so, and ruled out the possibility.

Lapid noted that Odeh’s Hadash faction had merged in the elections with Balad:

“Ayman Odeh can’t say ‘we will sit with them in the government’ and then join forces with Balad, which is a gang of Israel-haters who don’t recognize the Jewish state,” he told the Kan public broadcaster. “This is doublespeak that is not acceptable to any of us.”

Balad leader Mtanes Shihadeh proved Lapid’s point, saying on Twitter: “The change we want and that the Joint List should strive for is full civil equality in a bi-national state, not sitting in the coalition with some party that time after time treats Arab citizens as second class citizens.

“Balad’s stance on the matter is clear: We will not join a coalition with generals, racists and war criminals,” he wrote.

The Israeli right, meanwhile, made political capital out of Odeh’s suggestion.

In a statement, Likud said: “Now it is clearer than ever: Benny Gantz will form a left-wing government with Ayman Odeh and the Arab parties,” a recurrent theme in the campaign against Gantz.

On the left, Meretz leader Nitzan Horowitz scolded Blue and White for rejected the possibility of allying with the Joint List, calling it “cowardice.”

Labor-Gesher head Amir Peretz also tried for an enlightened approach, telling Army Radio: “If the Arab parties really agree to take part in a Zionist government that is a step forward for us,” and termed Blue and White’s rejection “irresponsible.”