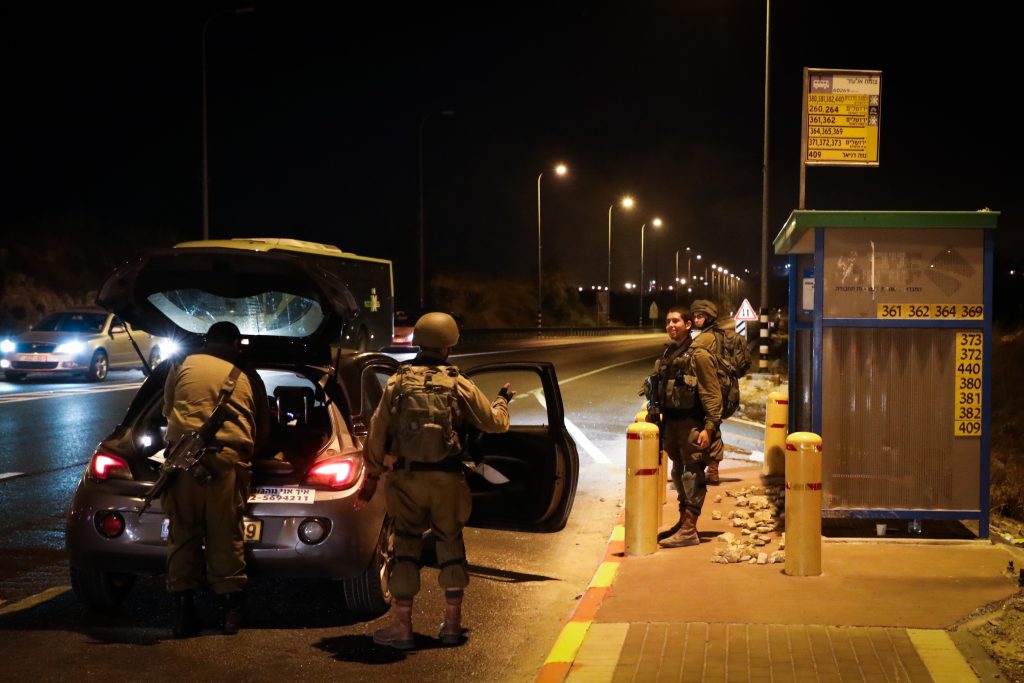 Although the IDF stressed Motzoei Shabbos that there had been no change in the security level or special instructions issued in the wake of the security incidents in southern Israel, many residents of the south chose to spend the night in bomb shelters.

Gaza sources issued contradictory reports Sunday morning regarding the incident Motzoei Shabbos in which five terrorists attempted to cross the border fence, with one report saying that all five had been killed, and another saying that three were killed. The IDF said that all five were killed. Two Israelis who were injured in a rocket attack on Sderot Motzoei Shabbos were much improved Sunday morning and were set to be released.

The incidents occurred within a short period of time Motzoei Shabbos. Three rockets were fired at southern Israel Motzoei Shabbos by Gaza terrorists, the IDF said, with two of them downed by an Iron Dome missile. A third rocket fell in the backyard of a house in Sderot. Rocket fragments were found in the yard, and a resident of the house was taken to the hospital for treatment of shock. It was the second night in a row of rocket attacks; Gaza terrorists fired a rocket at southern Israel on Friday night, setting off alarms and sending residents scurrying for cover. B’chasdei Shamayim, there were no injuries from the rocket, but two people were injured as they sought shelter.

A short time later an IDF patrol spotted five terrorists who were attempting to cross the Gaza border. The IDF said that an attack helicopter and a tank were used to kill the terrorists as they approached the fence. The five armed men were reported to be members of both Hamas and the Islamic Jihad’s military wing, Saraya al-Quds. The attacks were followed by an IDF response against Hamas positions in Gaza.

Security officials are set to meet Sunday to discuss the latest developments. Once again Sderot Mayor Alon Davidi demanded that a major military operation take place in order to end the terror from Gaza. “As a father I want security. We have turned this area into one with a very complicated security situation. We must embark on a major campaign in Gaza. The most important action now is to prepare the army for this and strike Hamas in the harshest manner possible. The culture of Hamas is bringing death to the region.”