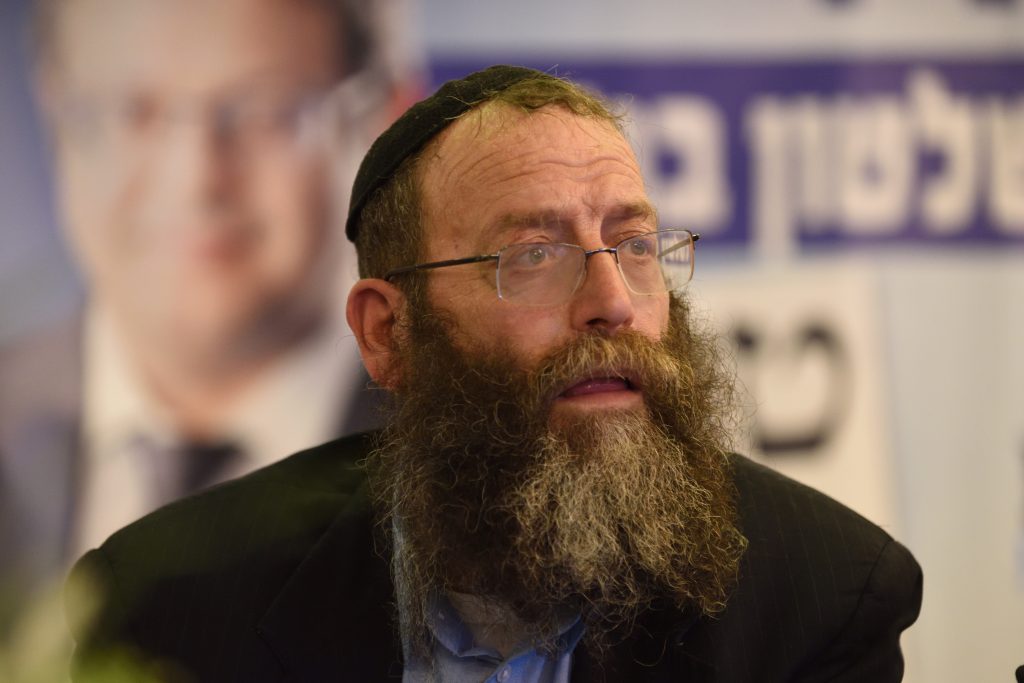 The Central Election Committee on Wednesday will issue its decision on a range of requests to ban parties and candidates from running for the elections for the 22nd Knesset – with the greatest controversy once again, as in the last election, surrounding the Otzma Yehudit list. In the previous election, the Committee banned Michael Ben-Ari, who joined the United Right List in the previous election.

Now, with Otzma Yehudit running separately, the Committee will decide if two of the party’s candidates – Bentzy Gopstein and Baruch Marzel, both far-right activists who have been in trouble with the authorities numerous times – can run. On Tuesday, State Attorney Avichai Mandelblit recommended that the two be banned, claiming that they have made numerous statements which could be interpreted as inciting violence among Arabs.

One quote cited for Marzel was “when we finish dealing with the enemy, tens of billions of shekels will become available, because 60% of the National Insurance money today goes to the enemy.” Gopstein, according to Mandelblit, once threatened Arabs by saying at an event that “if an Arab waiter was here, he wouldn’t be serving food, he would be going to the hospital.”

Otzma Yehudit slammed the recommendations, saying that “once again the State Attorney shows that his real bosses are the reform and the left, and that he represents them in the Justice Ministry. The information on his recommendation was leaked on purpose even before Otzma Yehudit had an opportunity to respond.”

Mandelblit also recommended that the United Arab List be allowed to run, and Otzma Yehudit said regarding that recommendation that “we supplied the State Attorney with a long list of concerning statements made by candidates for that list, including support for terrorists in Israeli prisons through comments, visits and practical assistance. Mandelblit did not even consider banning them.”

Marzel said about the recommendations that “the cat is out of the bag. This is not a legal decision, but a political one. They had already decided on this ban in advance. This, unfortunately, is how the justice system in Israel works.”