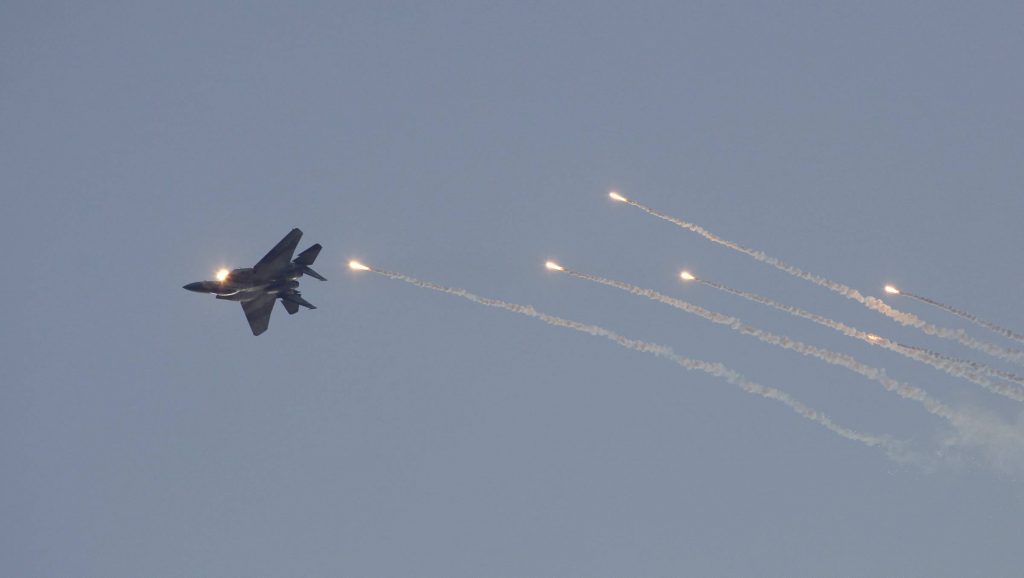 Syrian state media said on Wednesday there were reports of an Israeli attack on a strategic area in southern Syria where Western intelligence sources previously said Iranian-backed militias are known to be based.

The newsflash on state-owned Ikhbariyah did not give details, but said the strike was directed on Tel Haraa, which had long been an outpost for Russian forces but was later taken by Iranian-backed militias, according to Western intelligence sources.

Tel Haraa is a strategically located area in southern Deraa province overlooking the Israeli-held Golan Heights. It was for many years a major Russian military radar outpost until rebels took it over in 2014 before it was again recaptured by the Syrian army last year.

The zone has been a target of Israeli raids against Tehran-backed militias which have become entrenched in southern Syria and the Golan Heights near the border with Israel.

Last month the Syrian army said it had shot down a number of Israeli missiles targeting the location.

In recent years, Israel has carried out hundreds of strikes in Syria that it says have targeted its regional archrival, Iran, as well as Lebanon’s Hezbollah, which it calls the biggest threat to its borders.