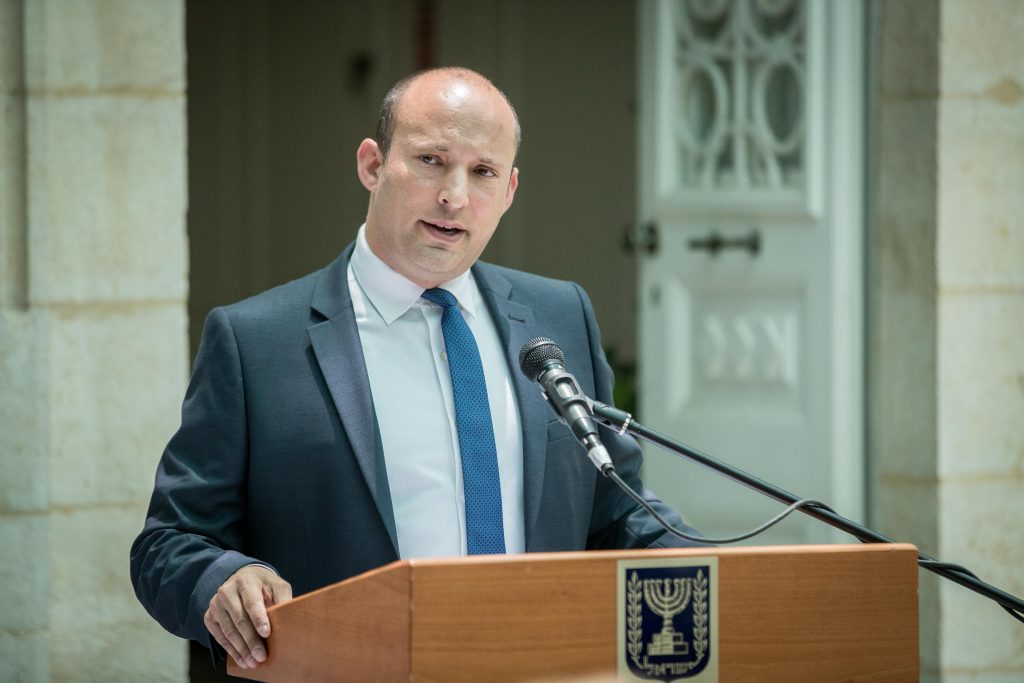 With 12 days to go before final lists must be presented to the State Election Committee, New Right heads Naftali Bennett and Ayelet Shaked met Motzoei Shabbos – and the two are split on how to proceed in the coming elections, Yediot Acharonot reported Sunday. Shaked is said to prefer to run as part of a single rightwing party, bringing together New Right, United Right List and Otzma Yehudit in a single list. Bennett, on the other hand, prefers to run separately on the New Right list.

The stances are based on the expectations of the two in the elections. Bennett believes that he can recruit voters who chose Moshe Feiglin in the previous election, presenting a politically rightwing and governmentally liberal agenda, thus promoting the New Right into the Knesset with as many as 10 seats. Shaked, the report said, prefers not to take a chance, having missed the electoral threshold in the last election.

The two did not come to any decision, the report said, adding that if Shaked does decide to join the United Right List, she will work to ensure that Bennett is on the list as well. The issue of a united rightwing party is also of great concern to Prime Minister Binyamin Netanyahu, Yediot Acharonot said, and in the coming days he intends to intervene in negotiations to ensure that all those to the Likud’s right run on a single list – possibly with Shaked at its head.

The poll also showed that Shaked was one of the most popular leaders on the right. The poll also ranked the popularity of figures on the right. Binyamin Netanyahu rated the highest, with 53% of voters saying they considered him the leader of the right – but Shaked got the same rating, meaning she would be just as good a candidate for prime minister as Netanyahu, according to many voters. Following the pair was Likud MK Gideon Sa’ar, who is preferred by 48% of rightwing voters, and Avigdor Liberman, who rated at 33%. Only 19% chose United Right List head Rabbi Rafi Peretz, the same percentage who preferred his party-mate, Bezalel Smotrich.