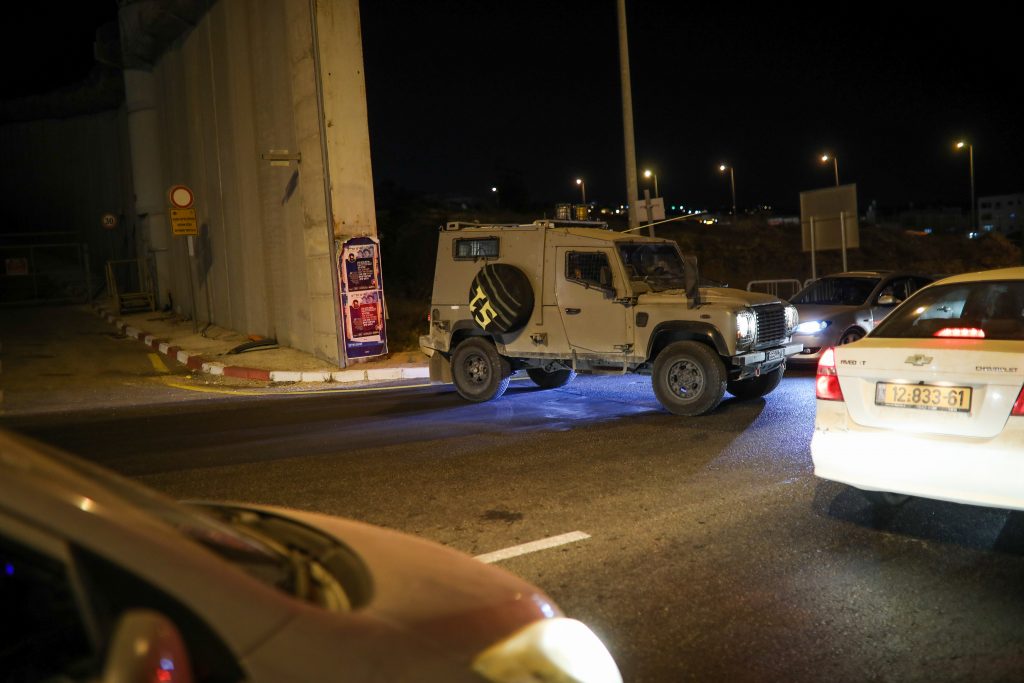 IDF soldiers overnight Motzoei Shabbos arrested an Arab terrorist responsible for a car-ramming terror incident earlier Motzoei Shabbos. The incident occurred near the Hizme checkpoint, north of Yerushalayim. Two soldiers was moderately injured, and three were hospitalized with light injuries. All were in improved condition Sunday morning, the army said.

The terrorist targeted the soldiers who were on the side of the road, attempting to mow them down with his vehicle. He then reversed course and drove away into an Arab village. Soldiers began an intensive search for him and located him early Sunday. His father was arrested along with him.