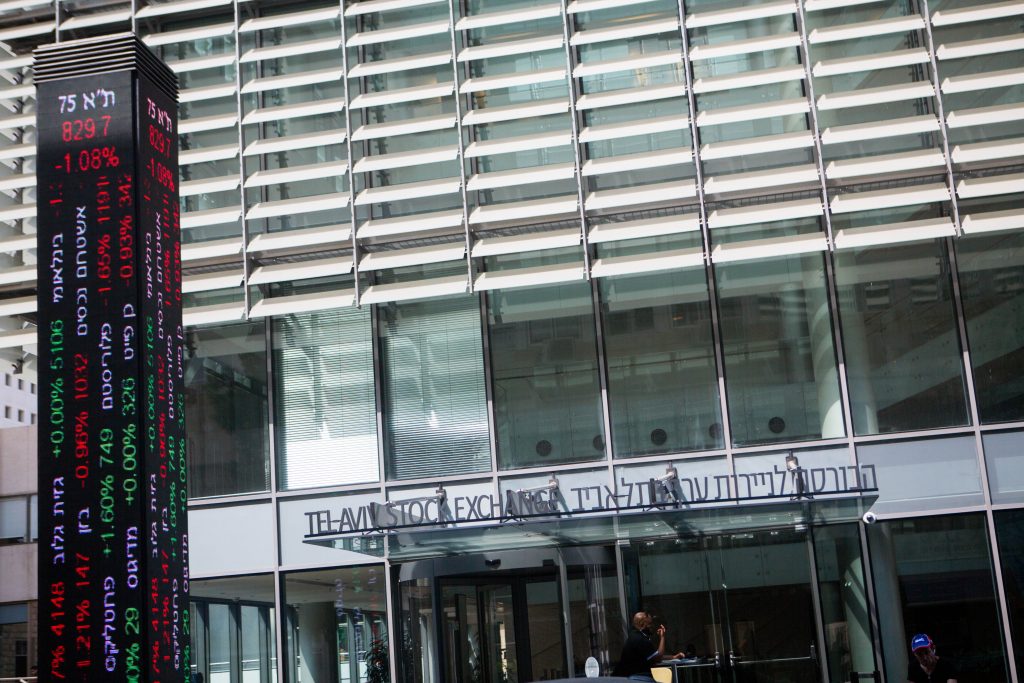 The Tel Aviv Stock Exchange said in its semi-annual report that the exchange’s indices had risen, as had the indices in most stock markets in Europe, Asia and North America. The best performing index was that of real estate companies, which jumped 30% during the first six months of 2019. Also growing was the Tel Aviv 90 index, consisting of medium- to large-sized corporations, which saw a 17% increase in share price.

With that, one index – that of the Tel Aviv 35 top stocks, also known as the “ma’of” index – had a checkered history during the period. The TA 35 index consists of Israel’s largest corporations, many of which have operations abroad, including in China and the United States – and the trade tension between those two countries have affected the values of shares, which fell by 3.5% in May alone; during that month, the NASDAQ fell by 8%. However, they rose by 8% in June, on the expectation that the Fed would not increase interest rates. Overall, the index was up 7.5% for the year.

Experts said that the rise in share value was led by the low interest rates prevailing around the world, which were powering investments in stocks. In addition, positive macroeconomic news in Israel, where unemployment is at an all-time low, contributed. Factors that prevented even further growth included the 4% deficit in the annual state budget, as well as a falling dollar. Despite the increased values, trading on the TASE fell to about a billion shekels a day on average, compared to NIS 1.5 billion on average in 2018.