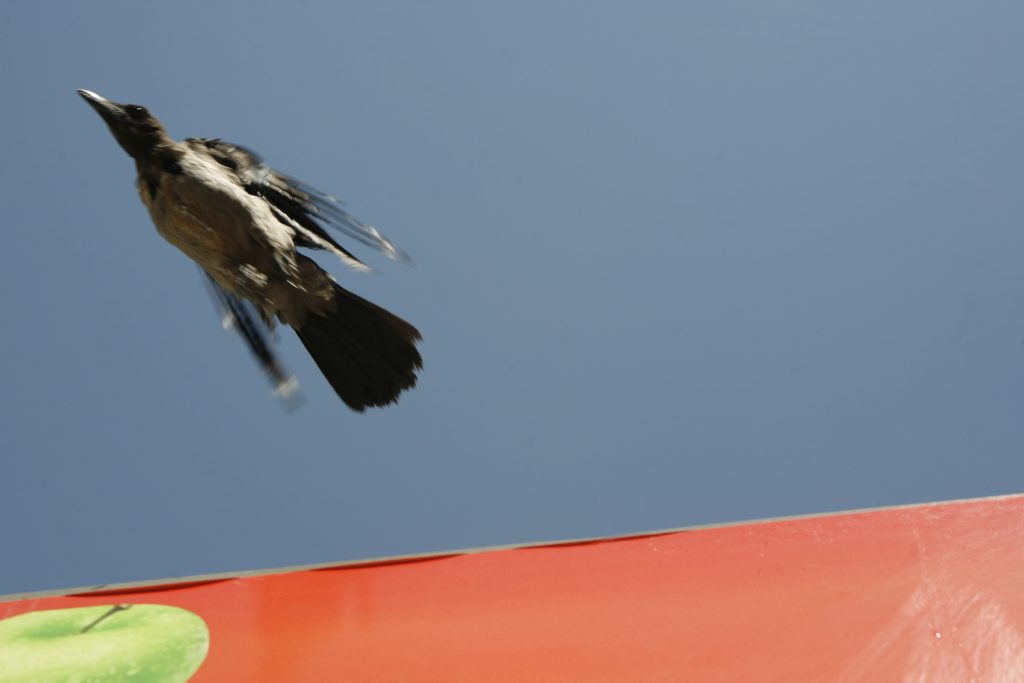 Residents of Eilat have in recent months complained of an uptick in attacks by crows, which have been accosting people in public parks, backyards, and on the street. Victims have included adults and children.

The offenders are “house crows,” also known as Indian or gray necked crows. Of Asian origin, the crows have been spreading around the world in recent years, establishing themselves as a dominant species in many locations due to their aggressiveness. It is not clear how they first arrived in Eilat, but in 2014 there were 250 known to be in the city; today, there are over 1,000, officials said.

One resident told Yisrael Hayom that she had been attacked by three different birds within the space of a few minutes. “They flew into me and grabbed my hair,” she said, describing typical attacks by the birds. “It hurt a great deal. I am a great lover of animals, but these birds are extremely aggressive. People are getting nervous about walking around town.”

The Eilat Municipality has tried for several years to reduce or limit the growth of the population, concentrating its efforts on finding and removing the birds during the winter nesting season. The city has set traps and destroyed nests, and at times has used pesticides approved by the Agriculture Ministry against them.