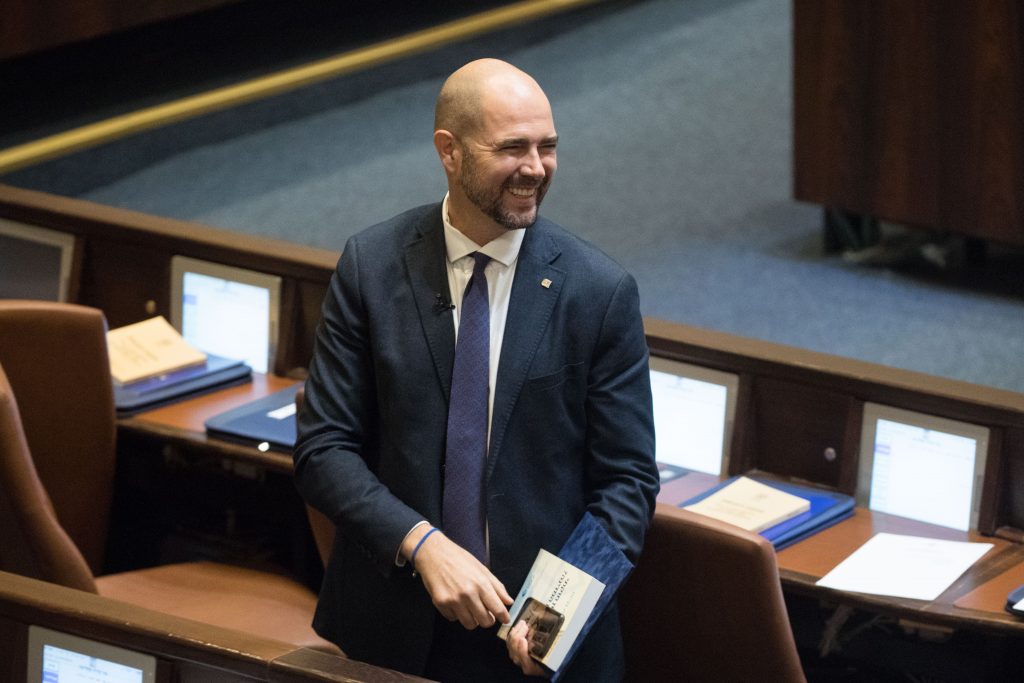 Justice Minister Amir Ohana began building bridges to the High Court, holding a meeting on Thursday with Chief Justice Esther Hayut for the first time since a comment on the balance between the government and the judiciary found disfavor in the latter’s eyes.

After his appointment earlier this month, Ohana seemed to say that under certain circumstances the government would not have to heed High Court rulings. Hayut and Attorney General Avichai Mandelblit called it heresy, and Prime Minister Binyamin Netanyahu disavowed Ohana’s remarks.

Ohana himself later issued a clarification, saying that he too believes the government must abide by court decisions.

Hayut and Ohana said they agreed to hold regular meetings every two weeks, according to media reports.

Meanwhile, Transportation Minister Bezalel Smotrich, who lost out to Ohana in his bid for the justice ministry, showed that he hasn’t lost his knack for antagonizing the judges.

During a conference at Ariel University in the Shomron, Smotrich declared that a bill empowering the Knesset to overrule High Court will be “at the heart” of coalition talks following general elections in September.

He said the purpose of the proposed legislation is “to repair democracy and bring a proper and healthy balance between the three [government] branches in the State of Israel,” according to Ynet.

Opponents of the bill contend that, on the contrary, it would undermine the judiciary’s role in Israeli democracy, creating a dangerous imbalance.