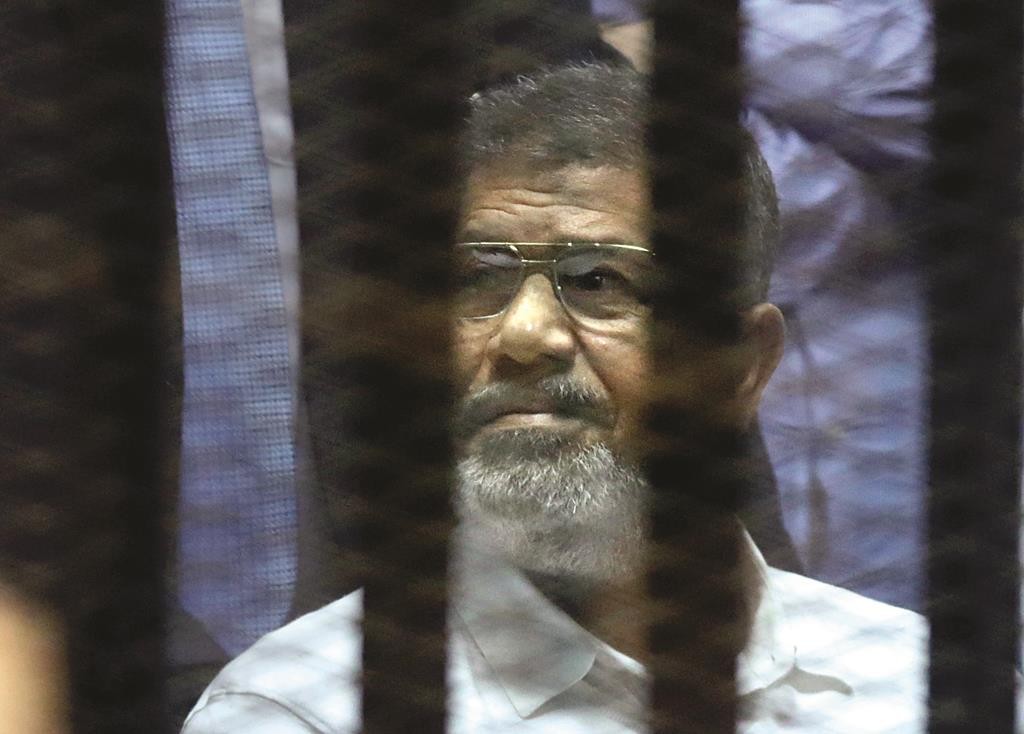 Former Egyptian President Mohammed Morsi, head of the banned Muslim Brotherhood, was reportedly buried at a cemetery east of Cairo in a limited ceremony attended by just a few – but among Israeli Arabs, there was much official mourning, with large ceremonies held in mosques throughout the country. A large mourner’s tent will be set up in Jaffa, and a memorial service will be held at the Al-Aqsa Mosque on Har Habayis.

Morsi was removed from power in a military coup, after instituting an Islamist agenda. Morsi headed the Muslim Brotherhood, traditionally seen as the enemy of successive secular Egyptian governments. The Muslim Brotherhood’s radical Islamist agenda sees the use of violence to impose Islamic law as legitimate, and it is considered the parent organization of Gaza’s Hamas terror movement.

That Morsi headed a group that advocates terrorism did not seem to bother Israeli Arabs who spoke with Yediot Acharonot. “We participated in a special prayer service commemorating the death of President Morsi,” said a Kalansua resident. “He deserves great honor. We are all proud of him and the path he blazed.”

Others blamed the current Egyptian government for Morsi’s death. “We are all hurt over the death of Morsi, which was caused by the suffering and humiliation caused him by the Egyptian leadership,” said a Taibe resident. And an Umm el-Faham resident said that “Morsi is the real President of Egypt, not a-Sisi. They removed him from power because they didn’t want a leader who would bring Egypt to the right path. A-Sisi is the one who belongs in prison, not Morsi.”

Egyptian media reported overnight Monday that Morsi died of a heart attack. He had been testifying in an Egyptian courtroom during a trial in which he was accused of espionage in his contacts with Hamas when he passed out. He was rushed to a hospital and was declared dead several hours later. The Muslim Brotherhood, along with Turkish President Recep Tayyip Erdogan, blamed the death on Egyptian authorities.

Morsi was the only democratically elected President in Egyptian history. He was elected in 2012, but by the next year millions protested against his policies, both economic and social, prompting the Egyptian military to seize control of the country. Morsi had been previously sentenced to 45 years in prison for his activities with the Muslim Brotherhood, for torturing opponents to his regime, and for leaking state secrets.