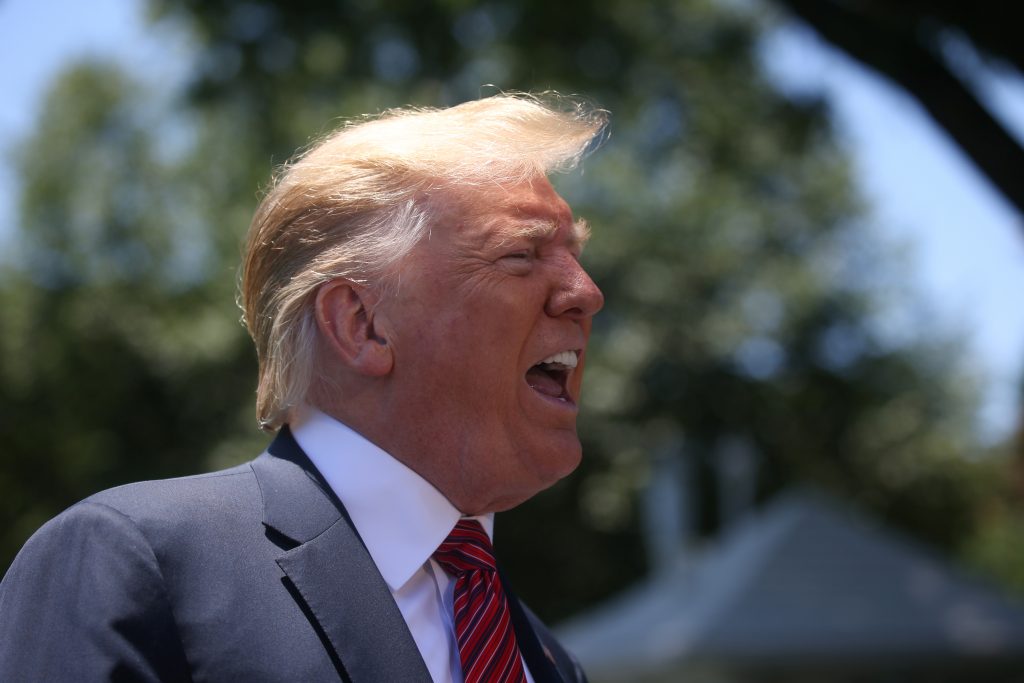 President Donald Trump said on Tuesday he would sit down soon with his Democratic opponents in the U.S. Congress for negotiations over U.S. immigration policy.

Speaking to reporters on the White House South Lawn before departing for Iowa for the day, Trump did not explain what specifically he would talk about with the Democrats, amid stark differences over how to handle a surge of illegal immigrants along the U.S. southern border.

A spokesman for House of Representatives Speaker Nancy Pelosi said there had been no outreach from the White House to Pelosi on immigrationnegotiations.

Congress has not yet acted on a request by Trump for $4.5 billion in additional money to help deal with a surge of migrants at the southern border with Mexico.

Democrats in Congress say they support most of Trump’s request, including more money for the Department of Health and Human Services to help child immigrants who have traveled to the border without their parents.

But they have objected to some of Trump’s proposal, such as using funds to send more U.S. troops to the border and to expand the number of beds in detention facilities.

Many in Congress are skeptical, however, of a wide-ranging immigration reform package moving through Congress.

Republicans have been clamoring for tightening U.S. asylum laws in order to more easily deport undocumented immigrants. Democrats are pushing for enactment of legislation to give permanent legal status to “dreamer” migrants who have spent many years living in the United States after being brought here as children by their parents.