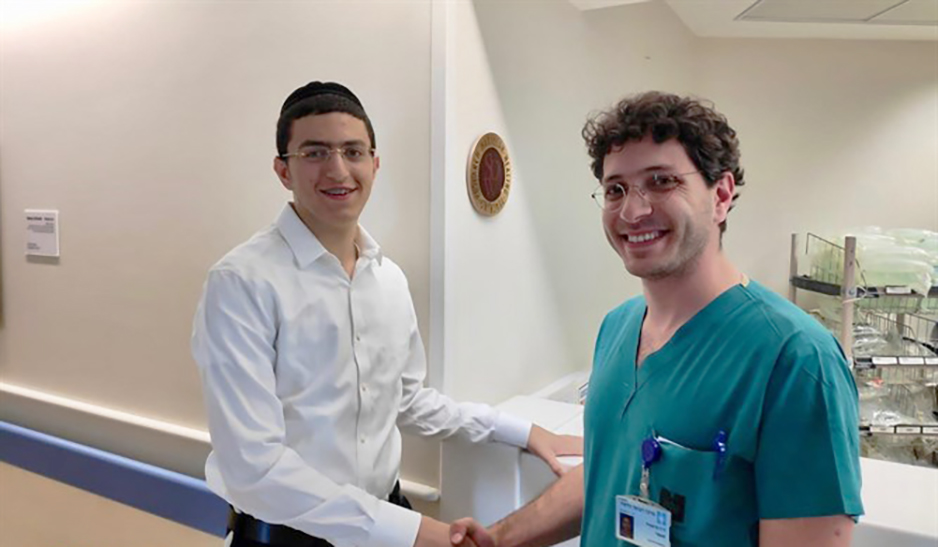 16-year-old Yisrael Meir Nachumberg, one of two victims wounded in last Friday’s terror attack in the Old City of Yerushalayim was released from the Hadassah Ein Kerem Medical Center on Wednesday, after recovering from his wounds from the stabbing attack.

During the attack, Nachumberg was moderately wounded when the 19-year-old Arab terrorist jumped at him from a side street in the Old City as he was returning from Shacharis.

The terrorist also stabbed 47-year-old Gavriel Lavi during the attack.

Lavi was initially hospitalized in critical condition, but he has, b’chasdei Shamayim, improved over the past few days, and is no longer relying on a respirator to breathe.

Upon his release, Yisrael Meir parted from the hospital staff, and thanked the doctors and social workers who worked with him during his time in hospital.

His father, Raphael, said, “We are going home with Yisrael Meir and we express our thanks to the Hadassah medical staff, especially to Dr. Mikhail Samer, who treated him in the trauma unit and to the trauma director, Dr. Miklos, who continued the treatment until its conclusion.

“We also express our great thanks to the entire nation of Israel, for the tefillos, and the chizuk that came to us from all over the world.”