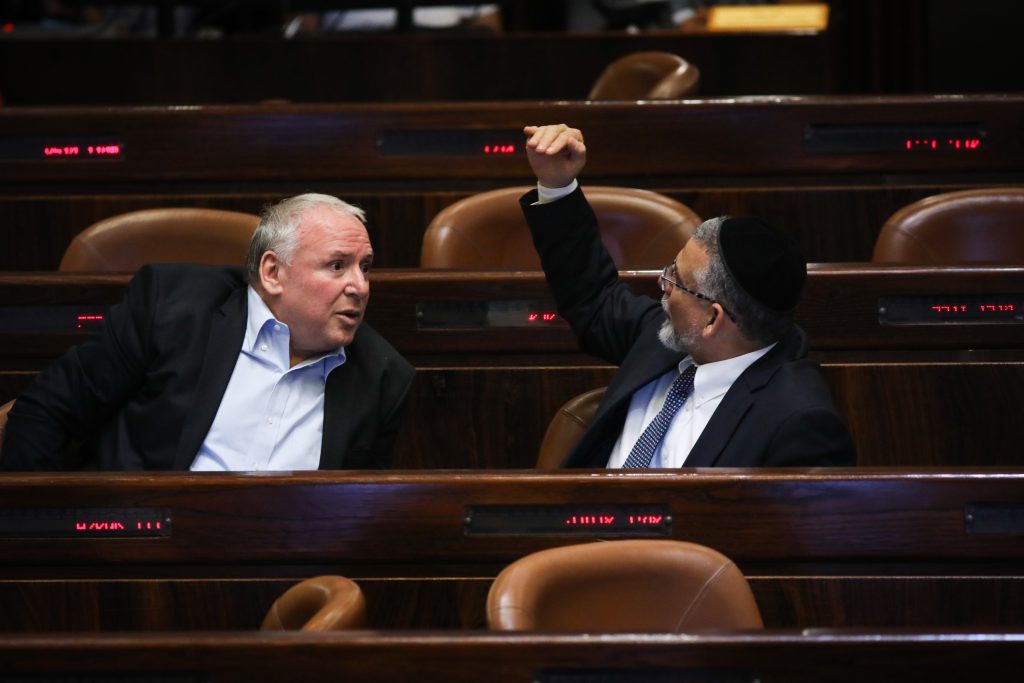 If the public remarks of the Likud party on Wednesday were any indication, hopes for a solution to the coalition impasse were just about gone.

The Likud issued a statement to the Israeli media charging that “Liberman’s goal is to end Netanyahu’s career and replace him.”

“Liberman continues to mislead,” the Likud said. “He says ‘I will consider’ to every offer and stalls for a few days. For a few seats and his hunger for power, he is dragging an entire country to elections,” the Likud concluded.

In a response at the Knesset plenum on Wednesday evening, Liberman denied it.

“There is no ulterior motive” in his negotiating stance, he said. “Anyone who is concocting other theories: Try us. There’s nothing else hidden behind this. Anyone of sense would accept our offer.” He insisted that the chareidi enlistment bill is the only issue, and that he will not compromise.

Earlier, Yisrael Beytenu said it “regrets the style and language of briefings coming from the Prime Minister’s Office.”

“From the very first moment [of coalition talks] Yisrael Beytenu warned there was only one option: completing legislation [of the Orthodox draft law] in its second and third readings in the same wording of the first reading.”

“Anything else is spin and a misleading of the public.”

The Likud derided the contention that Liberman was taking a stand on anything. “Liberman, who always made deals with the chareidi parties… is suddenly painting himself as the representative of the secular vote. For a few [more] seats and a hunger for power Liberman is dragging the entire country to elections.”

Then, with less than five hours left to form a government, Netanyahu appeared desperate. According to Channel 12, he has offered Labor head Avi Gabbay the Finance Ministry and three other ministerial positions to entice him to joining the coalition.

Labor party officials confirmed the offer but did not say what the response was, according to Maariv. Gabbay has been a constant critic, calling for Netanyahu’s resignation amid corruption allegations.

As the clock ticked away, leaders in Yehudah and Shomron joined others in appealing for a way out of the crisis, in order to establish “a strong right-wing government” rather than head to new elections.

“We cannot let the hard work of the last election go to waste,” says Hananel Dorani, chairman of the umbrella group, the Yesha Council.

“The will of the people as it was expressed in the last election was to see a strong right-wing government,” he said. “With time running out, we ask of you to find a way to bridge the small differences.”