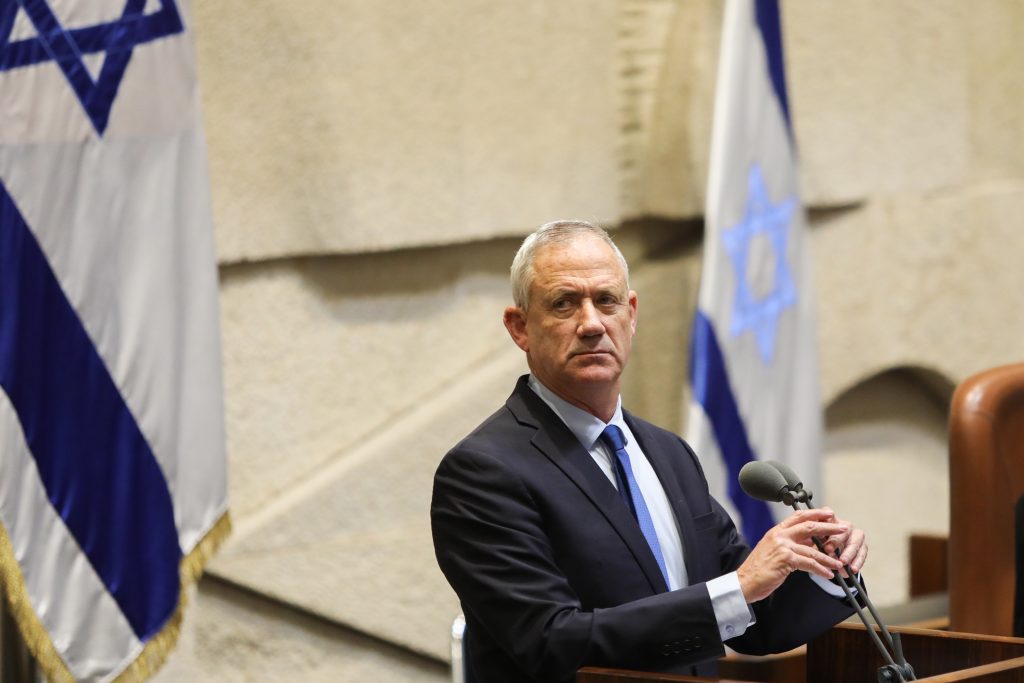 In his first speech to the Knesset as opposition leader, former IDF chief Gantz said: “After I fought against enemies who sought to erase us from the earth, I come today to battle against the new threat to the democratic system’s functioning and legal and constitutional institutions of the state.”

Blue and White co-chairman Yair Lapid was more extreme in his attack, claiming that “it’s a law that will turn us into Erdogan’s Turkey. If these laws pass, Israel won’t be the same country. Ask yourselves, in which countries does the ruler have immunity from the law?”

“The Attorney-General should cancel Netanyahu’s hearing. He doesn’t deserve one… Netanyahu doesn’t really want a hearing. He wants one thing: to drag the process out. He needs to form his ‘get out of jail’ government,” Lapid said.

Netanyahu is developing legislation that will take away the High Court’s authority to override laws passed by the Knesset and government decisions.

Specifically, the report noted, the bill would prevent justices from ruling that efforts to shield Netanyahu from a pending indictment for corruption — whether through legislation or a government or Knesset decision — are unconstitutional.

On Monday evening, Netanyahu said what he thought of the newspaper’s coverage, though without naming Haaretz:

“My policy has always been to keep the court independent and strong, but that doesn’t mean an omnipotent court,” Netanyahu said in a tweet.

“The media is publishing tendentious leaks and distorted analyses that include proposals that are false,” he said. “All this is done to sow fear and prevent any change, aiming to hinder the return of the necessary balance between state branches in Israel.

“That balance is needed to pass laws that in the past were blocked or hindered in the past,” he adds. “These are laws the public expects us to pass: deportation of terrorists’ families, death penalty for terrorists and a law to expel infiltrators.”