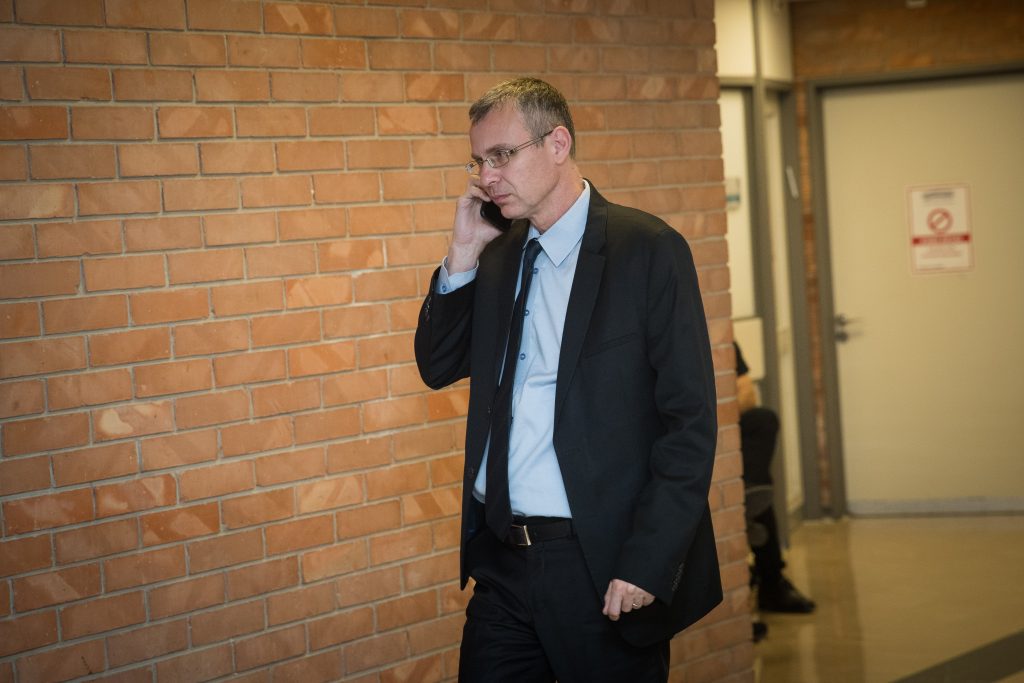 The person likely to be the next minister of justice has already stirred controversy with pronouncements of what he will do once in office.

Tourism Minister Yair Levin (Likud) — reportedly Israeli Prime Minister Binyamin Netanyahu’s pick for the portfolio — told Ynet on Wednesday that “anyone who believes that the legal system needs to continue to function as it does today certainly has reason to fear the appointment of a minister who wants to do things differently such as myself.”

The right-wing Levin shares the view, widespread in his constituency, that the secular, left-wing judges of the High Court have many times exceeded their authority, to the detriment of Jewish and national values.

Levin said the status of Israeli courts today is worse than it was when Ayelet Shaked took over as justice minister four years ago, even though Shaked fought for reforms in the judicial appointments process.

“Anyone who believes, as I do, that the legal system requires profound reform on a long list of issues, I think my appointment would offer great hope for them,” Levin added.

Meanwhile, Shaked offered a different assessment of her tenure.

Her New Right party failed to pass the electoral threshold, and she took leave of her ministerial staff — and politics — on Wednesday.

“It appears that the judgment of voters, and also the minimum threshold, managed to cause me, after six years of intensive work, to be ‘free’ — at least for a period of time, which I won’t commit to how long it will be,” she was quoted as saying by Arutz Sheva.

The outgoing minister thanked the employees for helping her pursue her “Judicial Revolution,” seeking to trim the High Court’s powers and moving the judiciary to the right with conservative appointments.

“I am happy to say that I succeeded, with your help, to set goals and also to see gradual progress towards them.”