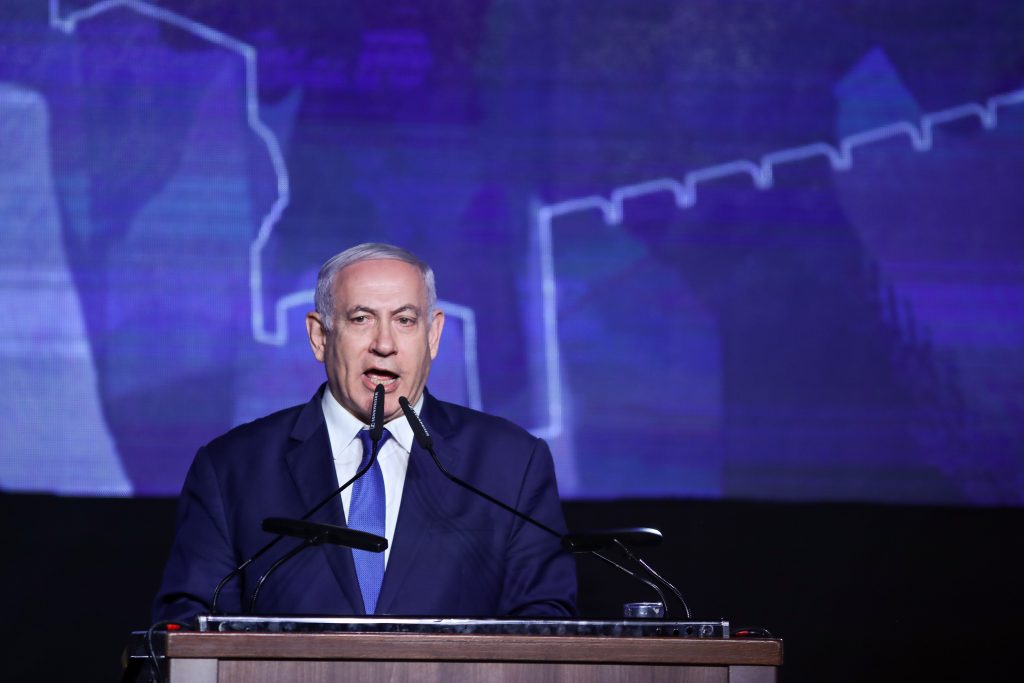 At a victory rally on Tuesday evening, Prime Minister Binyamin Netanyahu conveyed a message of national unity along with defiance of his media antagonists before thousands of cheering Likud supporters at Yerushalayim’s Binyanei Ha’uma.

“This night is all sweet, there is no bitterness,” he said.

“I want all parts of Israeli society, Jews and non-Jews alike, to be part of the huge success story called the state of Israel,” he said, adding that he had received “many” congratulatory messages from Arab leaders, though without naming them. It was an answer to Arab and left-wing politicians who had branded him a racist.

But it was not all forgive and forget, even in the moment of his greatest triumph, having won an unprecedented fifth term.

“We will safeguard democracy,” PM Netanyahu promised. “I have to say that, because some haven’t understood the consequence of democracy. Over the weekend…scholarly analysts were sitting in the studios and making explicit threats against me, that I will pay a personal price.

“I’m not afraid of threats and not deterred from the media.”

Netanyahu said he was warned against appointing a right-wing candidate for Justice Minister. Reportedly in the running for the post is Likud Minister of Tourism, Yariv Levin, a longtime critic of the High Court.