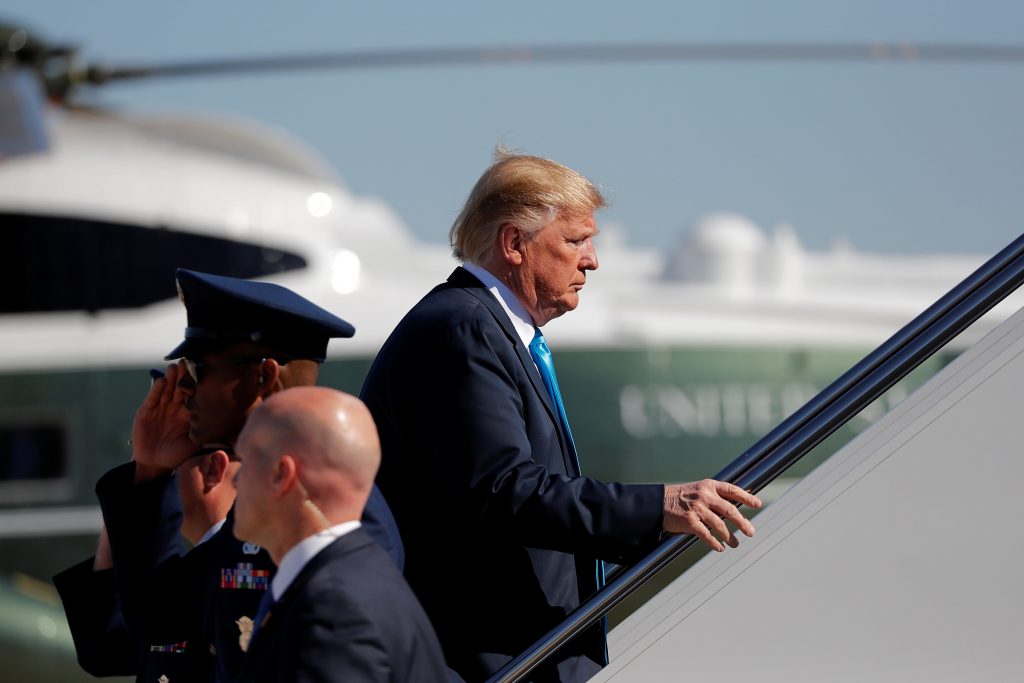 Trump placed the call from onboard Air Force One, en route from Washington to Texas.

Netanyahu thanked Trump for his support of Israel, “including the recognition of Jerusalem and the Golan, and his strong stance against the Iranian regime,” the Prime Minister’s Office said in a statement.

The two also spoke about their deep ties and the U.S.–Israel bilateral relationship.

Earlier in the day, Trump told reporters at the White House that Netanyahu’s reelection was a good sign for peace.

The president also retweeted a picture of a Trump flag being “waived” at the Likud victory party overnight Tuesday.

Congratulatory messages also came in on Wednesday from a number of foreign leaders, including Austrian Chancellor Sebastian Kurz, India’s Prime Minister& Narendra Modi, and Czech President Milos Zeman, who sent a letter saying he still wants to move the country’s embassy to Yerushalayim.

Saying it will wait for the final results, Germany promised to work closely with any new Israeli government and stressed the two countries’ “cordial” ties despite recent differences on Israel’s settlement policies.

“Good job to my friend Bibi Netanyahu and a hug to the people of Israel,” Salvini tweeted.