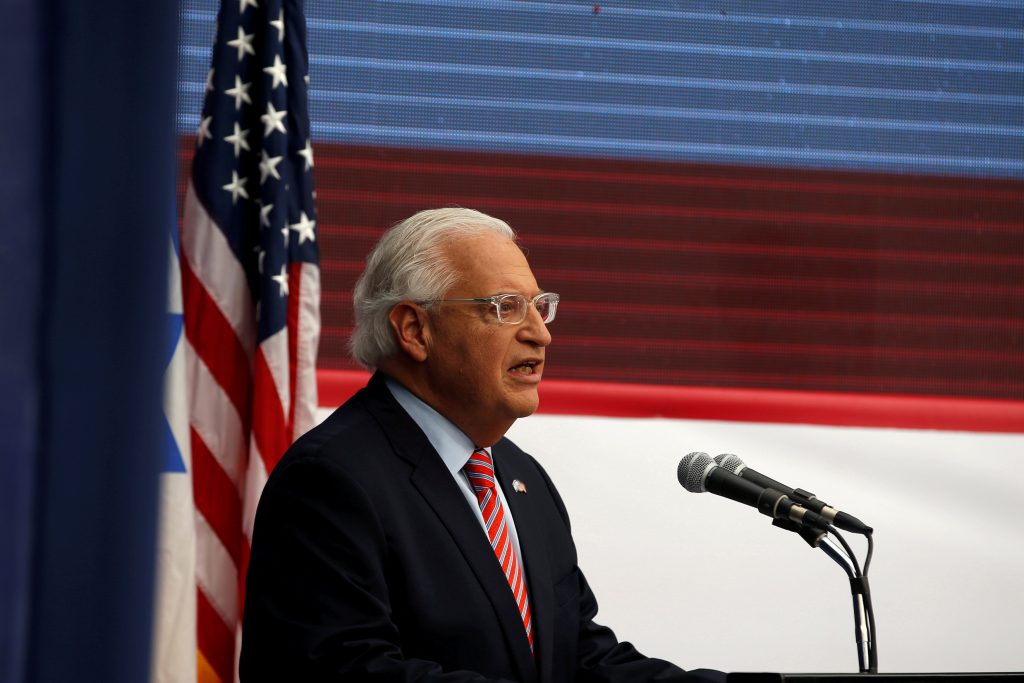 The U.S. ambassador to Israel said on Tuesday the Trump administration understands a need for Israel to have “overriding security control” in Yehudah and Shomron in any future peace deal with the Palestinians.

Addressing a convention of the pro-Israel lobby group AIPAC in Washington, envoy David Friedman gave no details of the U.S. blueprint. But he appeared to suggest it was in Israel’s best interests to engage now on the deal, while the United States has a president sympathetic to its security concerns.

“Can we leave this to an administration that may not understand the existential risk to Israel if Judea and Samaria are overcome by terrorists in the manner that befell the Gaza Strip after the IDF withdrew from this territory?” Friedman said.

“Can we leave this to an administration that may not understand the need for Israel to maintain overriding security control of Judea and Samaria and a permanent defense position in the Jordan Valley?” he asked.

Friedman’s comments did not say what “overriding” Israeli security control would entail. But his reference to a permanent defense post in its eastern sector, bordering Jordan, seemed to suggest at least a partial troop presence.

Also on Tuesday, a senior Israeli official was quoted saying recognition of Israeli sovereignty on the Golan will help Yerushalayim lay claim to other lands it captured during defensive wars. The official — named by The New York Times as Prime Minister Netanyahu — appeared to be hinting at a potential future annexation of Yehudah and Shomron.

“This is important from a historical and political point of view,” said the official, who spoke to the traveling media on condition of anonymity as Netanyahu’s entourage returned from Washington.

“We are in a confrontation with Iran and this [Golan recognition] hurts the Iranians [also because it] demonstrates that the U.S. gives us absolute and powerful backing,” the official said in Hebrew. “The second thing is a principle that everyone says it is impossible to hold an occupied territory, and behold — it is possible if it is ours in a defensive war.” The Times attributed the comment to Netanyahu.

The official made no direct mention of the Yehudah and Shomron or eastern Yerushalayim.