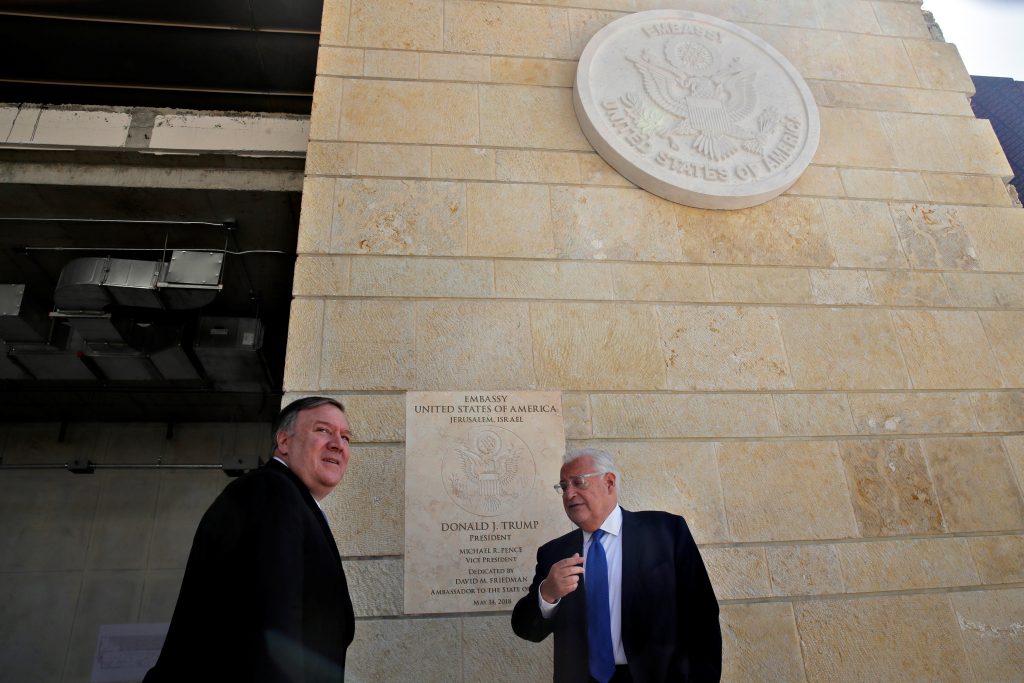 Israeli and U.S. officials say they expect that an announcement on U.S. recognition of Israeli sovereignty over the Golan could come as early as Prime Minister Binyamim Netanyahu’s visit to Washington next week. The officials spoke on condition of anonymity because the information had not yet been made public.

While U.S. Secretary of State Mike Pompeo avoided the issue of sovereignty over the Golan during his meeting with Netanyahu Wednesday, he touted last month’s Mideast conference in Poland, where he said dozens of countries discussed ways “to stop Iran’s regional rampage.”

The White House meanwhile announced that Netanyahu would be welcomed in Washington over two days next week with Israel just two weeks from the April 9 polls.

While standing together, neither Netanyahu nor Pompeo made mention of the heated Israeli election campaign.

Netanyahu thanked Pompeo for the Trump administration’s strong stance against Iran, which Israel regards as an existential threat.

The prime minister also accused Iran of attempting to set up a terrorist network to target Israel from the Golan Heights. He used the incident to repeat his goal of international recognition for Israel’s claim on the area.

Israel has long urged the U.S. to recognize its sovereignty over the Golan Heights region.

Also on Thursday Pompeo is set to visit the Kosel accompanied by Prime Minister Netanyahu, in yet another move that some say signals American recognition of Israel’s sovereignty over the Kosel.

Pompeo’s visit would be the first time that the United States’ most senior diplomat is accompanied to the Kosel by a senior Israeli official.

Foreign dignitaries typically visit the Kosel as “private visits” and go unaccompanied by official representatives of Israel so as to avoid any implication of recognition of sovereignty over the site. President Donald Trump was not accompanied by Netanyahu when he visited the Kosel on his visit to Israel two years ago.

Pompeo arrived in Israel after a stop in Kuwait, where he renewed calls for a resolution to a festering dispute between Qatar and four other Arab nations, all of them America’s partners in the Middle East. Kuwait has been attempting to mediate an end to the crisis.

Pompeo said the dispute, which has roiled the Gulf Cooperation Council for almost two years, is hindering efforts to combat regional threats posed by Iran, the Islamic State terror group and other terrorist organizations.

From Israel, he is to travel to Lebanon.