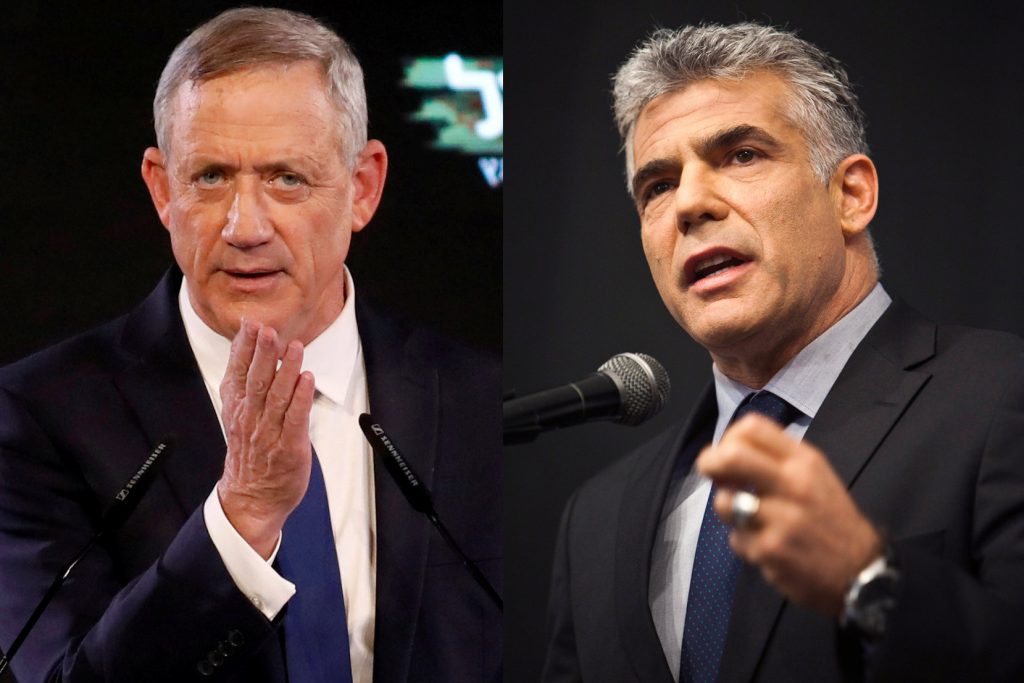 Will he or won’t he? Despite proclamations to the contrary, Channel 13 on Monday night broadcast recordings of Blue and White party head Benny Gantz saying that he would not rule out forming a government with Prime Minister Binyamin Netanyahu – even if the latter was facing a serious indictment on corruption charges.

The same goes for the chareidi parties; according to the recordings, Gantz is prepared to go “a long way” to include them in his coalition. The recordings, said Channel 13 commentators, show that Gantz realistically realizes that even if he is chosen to form a government after the elections, we won’t be able to do so without one or the other opposition groups.

In the recording of a private meeting, Gantz is heard telling members of his party that “life is dynamic, and we can’t just close the door and lock it,” referring to a partnership with Netanyahu. “The door will be closed, but not locked. Situations can change. President Trump will present a plan and I will win – now what?” If he fails to form a government, Netanyahu will do so, “so I should remain aloof? I should sell my soul and not form a coalition with the chareidim?” he added.

In a statement, Blue and White said that the comments were made before State Attorney Avichai Mandelblit recommended that Netanyahu be indicted for bribery and breach of trust on several of the corruption cases against him, but the report dated the date to the end of February – after Mandelblit made his recommendations.

Gantz in recent days has said several times that he would not include Netanyahu in a government, nor join one formed by the prime minister. Meanwhile, chareidi parties United Torah Judaism and Shas have said that they will not join a coalition that includes Yair Lapid, the number two figure in Blue and White.