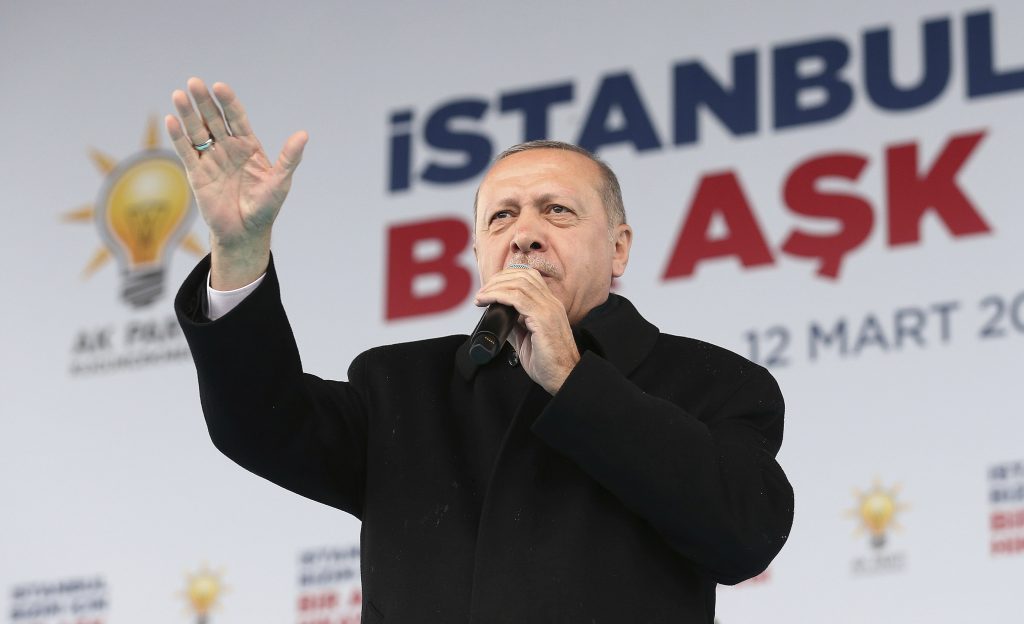 Turkish President Recep Tayyip has called Prime Minister Binyamin Netanyahu a “thief” and a “tyrant” in the latest spat between the two leaders.

The dispute comes after Erdogan’s spokesman denounced Netanyahu as a racist for saying that Israel was the nation-state of the Jewish people only. Netanyahu then struck back calling Erdogan a dictator and criticizing the country for imprisoning journalists.

Speaking at an election campaign rally on Wednesday, Erdogan addressed Netanyahu as “the thief who heads Israel” in reference to corruption allegations against him.

Israel and Turkey were once close allies. But under Erdogan, Turkey has become the most vocal critic of Israel’s policies toward Palestinians.