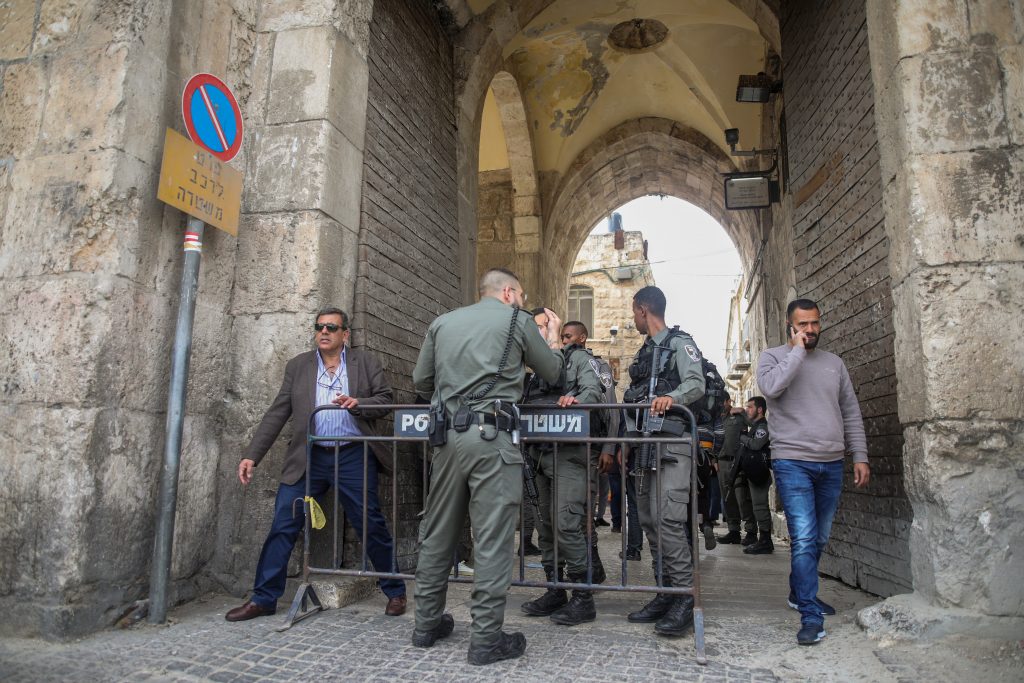 Arabs on Tuesday threw a Molotov Cocktail at an Israeli police station near the Lions Gate on Har HaBayis, setting it on fire. The post went up in flames, and one officer suffered from smoke inhalation.

The police identified and arrested three terrorists, who were taken in for questioning.

Police later shut down the entrances to the compound, and scuffles broke out between Muslims and Israeli security forces.

Tensions on Har HaBayis have been high after the Waqf’s recent illegal takeover of the Sha’ar HaRachamim (Golden Gate) area.