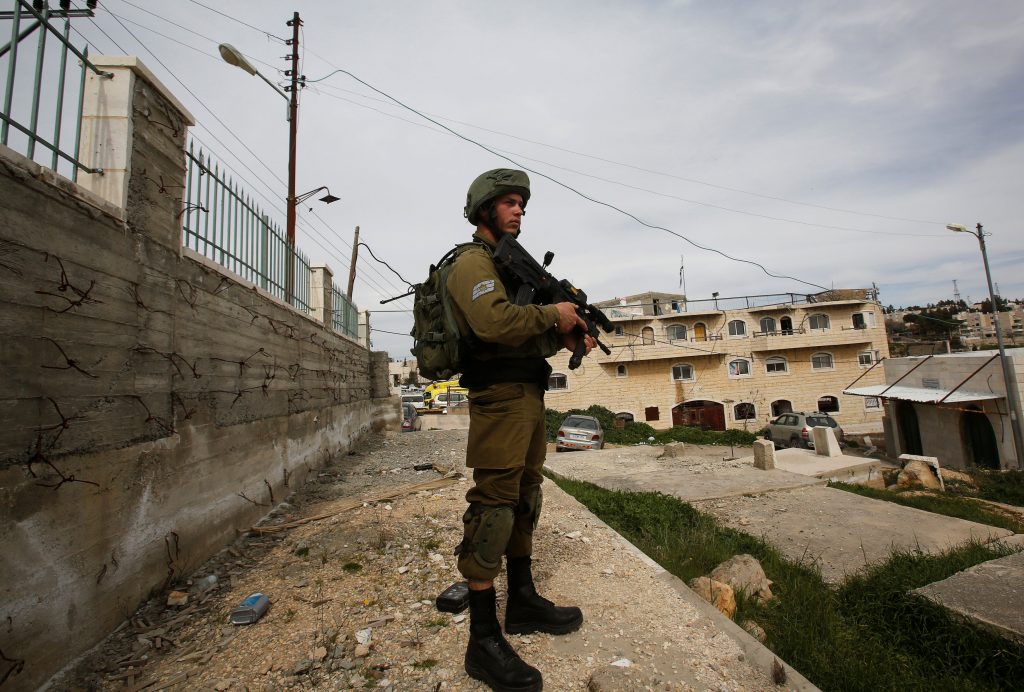 A knife-wielding Arab terrorist who attempted Tuesday to stab Israeli soldiers at the entrance to Beit Hashalom, situated between Kiryat Arba and Chevron, was neutralized by IDF soldiers.

The forces stationed at the site shot and killed the terrorist. B’chasdei Shamayim, no Israelis were injured in the attack.

Initial reports indicate that the terrorist was attempting to infiltrate the Beit Hashalom building, home to several Israeli families.

The Palestinian higher judicial council identified the dead man as Yasser al-Sweiki, 40, and said he worked in a Palestinian court in Chevron.