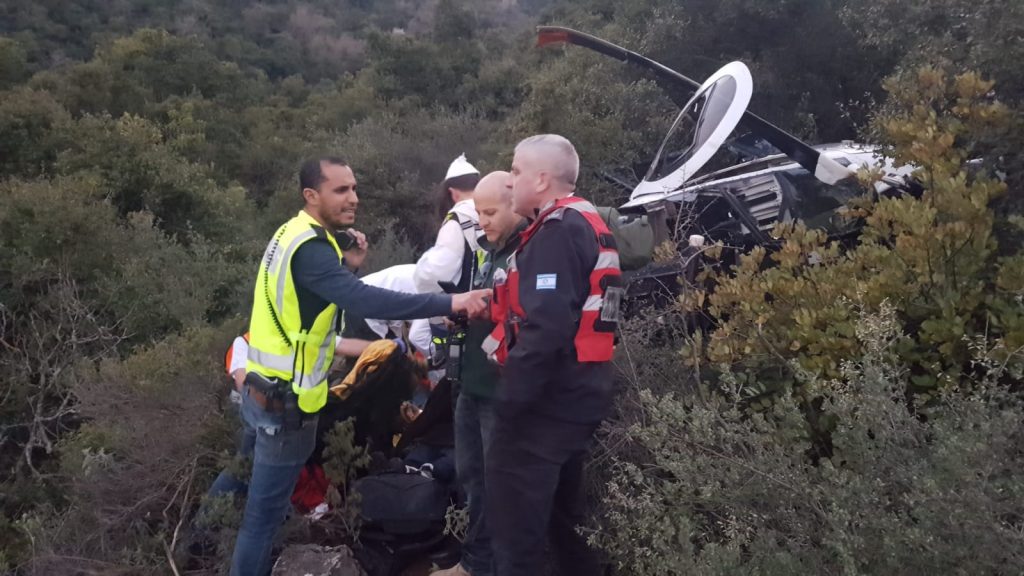 An Israel Electric Company helicopter crashed on the side of Mount Meron late Monday afternoon as it was carrying out work on a power line between Meron and Mount Meron.

B’chasdei Shamayim, the pilot, who was alone in the craft, was reported only slightly injured, and was receiving medical care at the site.

Five emergency units were rushed to the site, including firefighters who hosed down the wreckage and the surrounding area so as to prevent fire.