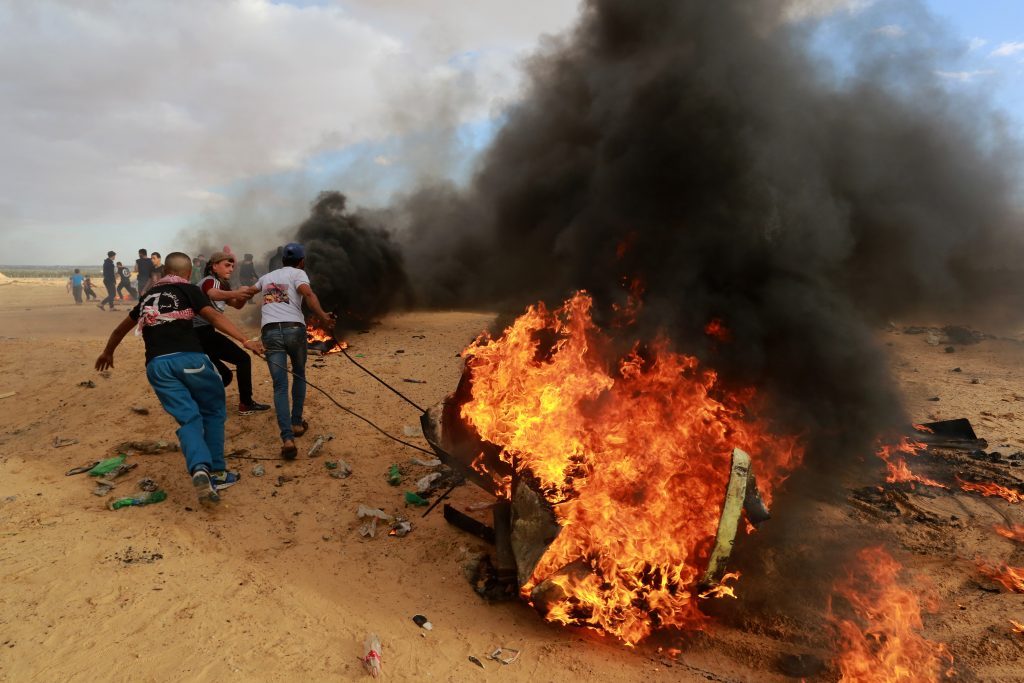 An Independent Commission of Inquiry, mandated by United Nations Human Rights Council (UNHRC), issued a report Thursday accusing IDF soldiers of allegedly committing war crimes on the border with the Gaza Strip while fending off violent riots on the fence.

“The Commission has reasonable grounds to believe that during the Great March of Return, Israeli soldiers committed violations of international human rights and humanitarian law. Some of those violations may constitute war crimes or crimes against humanity, and must be immediately investigated by Israel,” said the chair of the Commission, Santiago Cantón of Argentina. Sara Hossain of Bangladesh and Betty Murungi of Kenya are also members of the commission.

The report further claimed that more than 6,000 “unarmed demonstrators” were “shot by military snipers, week after week.”

Conversely, Israeli research shows that the vast majority of Gazans shot during the violent incidents on the border were members of terror organizations.

“There can be no justification for killing and injuring journalists, medics, and persons who pose no imminent threat of death or serious injury to those around them. Particularly alarming is the targeting of children and persons with disabilities,” said Hossain. “Many young persons’ lives have been altered forever. 122 people have had a limb amputated since 30 March last year. Twenty of these amputees are children.”

Hamas, the terror organizations which rules the Gaza Strip and which leads the violent incident on the border, was not found at fault.

Israel has refused to cooperate with the investigation.

Acting Foreign Minister Yisrael Katz slammed the UNHRC’s “theater of the absurd” which “produced another hostile, false and biased report against the State of Israel.”

“The report is based on false information, in which the facts were not even examined and [whose] sole purpose is to discredit the only democracy in the Middle East and to hinder its right to self-defense against the terror of a murderous organization,” he stated.

“Israel rejects the report outright,” he added, saying “no party can deny Israel the right to self-defense and the duty to protect its residents and borders from violent attacks.”

“The one who is pushing Gaza’s residents to the fences, including women and children, is Hamas, [whose] declared goal is the destruction of the State of Israel, and it bears the responsibility.”

Responding to the commission when it was established in May 2018, IDF Military Advocate General Brig. Gen. Sharon Afek rejected calls for an international probe into the violent clashes on the Gaza border.

Afek stated that “even during the most complex and difficult battles, the IDF has always marched in line with the law – and will continue to do so.”

He underscored that this was true even when the IDF was “fighting against adversaries devoid of morality and a commitment to that same law.”

The UNHRC’s decision to establish a commission of inquiry into the Gaza Strip events “is an example of the exploitation of international proceedings and institutions to undermine the IDF’s legitimate use of force,” Afek charged.

The IDF “does not need external encouragement or pressure in order to examine its conduct,” he added. “The IDF and its legal system are not immune to criticism, and we do not seek such immunity. We act independently, transparently and professionally. We are constantly under external legal oversight. Many states can only aspire to such standards.”

The UNHRC has been repeatedly accused of being biased against Israel. Nearly half of its resolutions are focused on Israel, while it ignores war, strife and atrocities committed around the globe. Israeli leaders and officials have cited the UNHRC for its “obsessive hostility” toward Israel and its “one-sided mandate.”

Over the past 10 years, the UNHRC has passed 62 resolutions condemning Israel, while the world’s worst human rights abusers in Syria, Iran, and North Korea received far fewer condemnations.

Anne Herzberg, NGO Monitor’s legal advisor and U.N. liasion, noted Thursday after the report’s publication that “the UN Human Rights Council, dominated by dictators and rights abusers, has issued yet another absurd report whitewashing Hamas terrorism while condemning Israel for protecting its citizens. It is laughable that the UN treats cross-border violence as the same as a domestic policing situation.”

She said that the Commission’s findings were not “surprising given [that] the UN relied overwhelmingly on information provided by Hamas and terror-linked NGOs, and uncritically adopted their false claims. The Commission itself had no military or legal expertise, and was completely unqualified to author this report.”

She further charged that “horrifically, the U.N. has given Hamas and other Palestinian terror groups a green light to exploit children to serve as cover for violent attacks on Israeli civilians. As usual, the U.N. Human Rights Council has done nothing to protect human rights, but rather has encouraged ever more violations.”