Israel Senior Source: Downing of the Russian Plane Is Behind Us
Israel 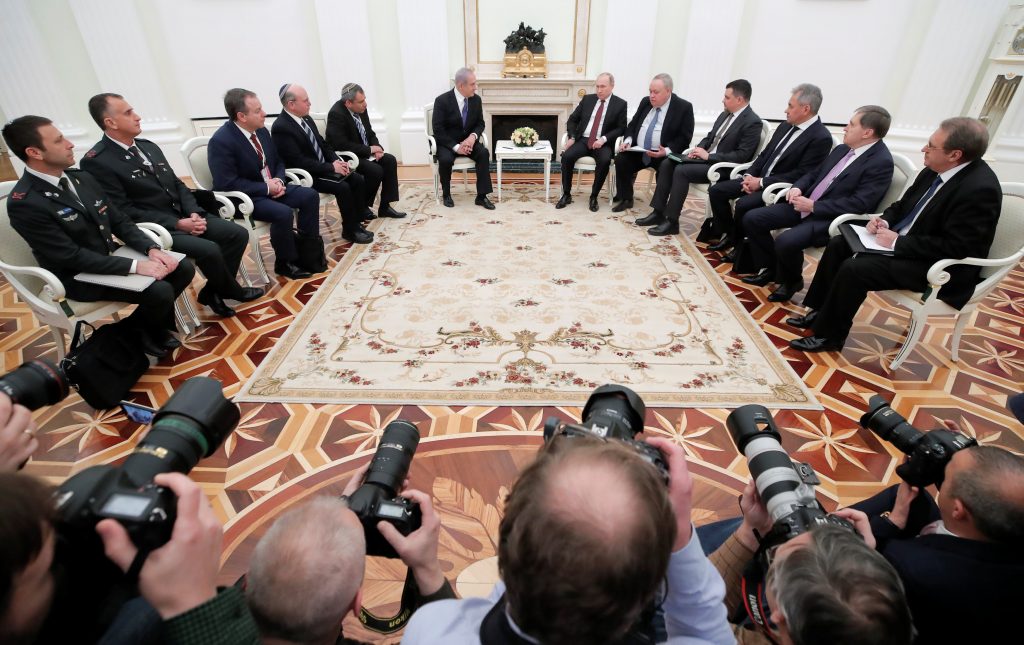 Tensions in the Russia–Israel relationship have been resolved, according to a senior Israeli official on Wednesday night, following the meeting in Moscow between Russian President Vladimir Putin and Israeli Prime Minister Binyamin Netanyahu.

“It can be said that the crisis of the downing of the Russian plane is behind us. We are not returning to Israel with any restrictions on our activity, but with a clear policy that we will continue to act,” the source said.

In September, Syrian missiles downed an Ilyushin IL-20 plane that killed 15 people on board, for which the Russian defense ministry held Israel responsible, as the downing had been triggered by an Israeli attack on Iranian military targets. Israel denied responsibility.

During the three-hour meeting in Moscow on Wednesday, the issue was finally put to rest, according to the source.

Netanyahu himself rated the meeting as “very good.”

In a sign of improving relations, Putin said he will visit Israel, which the Russian Embassy in Israel confirmed in a tweet sent on Wednesday.

“The meeting dealt with Iran’s military buildup in Syria. We discussed the matter in great detail, and we presented examples of the entrenchment attempts as well as the steps we are taking,” Netanyahu said.

Describing the proceedings, he said that “The head of Military Intelligence [Major General Tamir Heiman] took an active part in the discussion and showed intelligence materials. President Putin showed understanding for Israel’s security needs and said at the end of the discussion that it was a very helpful meeting. There were those who said that the relationship had run aground, but that is not the case at all — we are on the path of cooperation.”

The prime minister also spoke of Israel’s demand that the Russians not transfer advanced defense systems to the Syrians. “Israel will continue to act as necessary to defend itself against Iranian aggression. We will do so while continuing the military coordination in order to prevent friction.”

Asked whether Putin demanded that Israel curb its operations in Syria, Netanyahu replied: “I’m not coming back with restrictions, but with clear policy — we will continue to operate (in Syria).”

While Netanyahu was pursuing high-level diplomacy to ensure Israel’s security, he could not escape the legal issues swirling around him at home.

When one reporter shouted a question to him about those issues, he brushed it off, saying, “I intend to realize all of the goals for which I am leaving for Moscow, and we will return when they are achieved,” according to The Jerusalem Post.

In any event, the prime minister decided to cut short the visit to tend to the crisis at home.