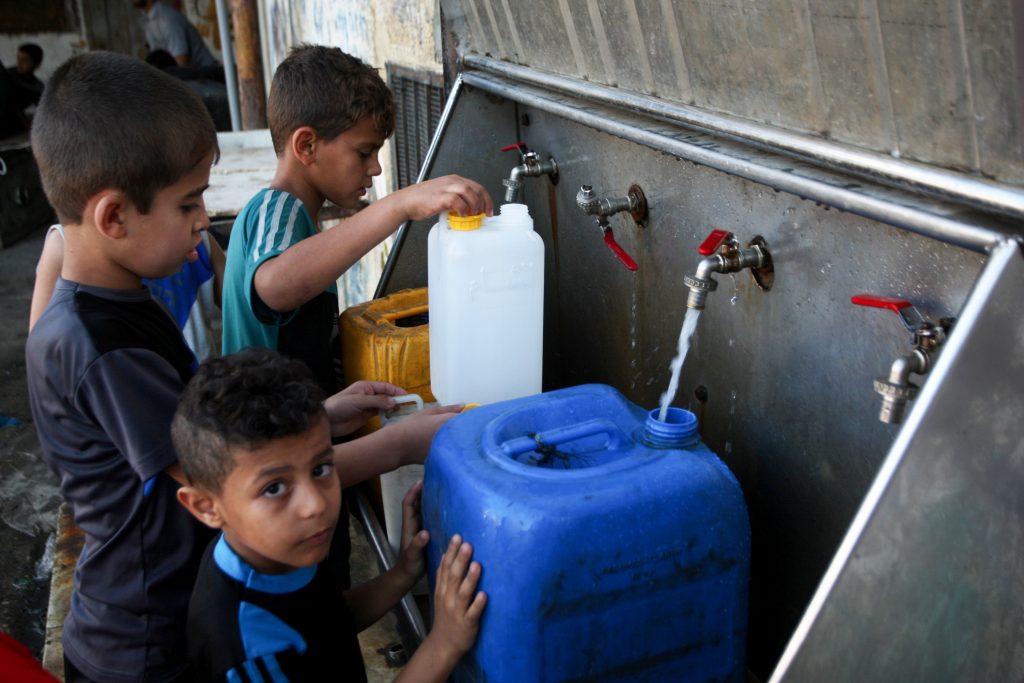 For years, Gaza has been suffering from poor sanitary conditions, mostly because Hamas diverts money donated for improving infrastructure to developing weapons for use against Israel, such as the construction of the Hamas terror tunnels – but Gaza’s poor sanitation has the potential in and of itself to be a major problem for Israel, a new report says.

The report by Ben Gurion University researchers says that Gaza has a strong potential for experiencing mass outbreaks of serious diseases – and those diseases could easily find their way to Israel.

Israel has in recent years been “treated” to missiles, terror balloons, and rocks and firebombs emanating from Gaza, but the possibility of human “germ bombs” is a strong possibility, a report based on the Ben Gurion research published in Yediot Acharonot Tuesday said. While the research presents an “extreme scenario,” the report said, the gap between a “problem” and an “extreme scenario” is very narrow in this case.

Gazans could find themselves facing massive outbreaks of diseases, infections, sepsis, and other sanitation-related conditions. Sewage flows freely in many streets in Gaza, and poor water treatment efforts ensure that bacteria from sewage ends up in water reservoirs and the water table, from which Gazans draw well water.

A major outbreak could find tens of thousands of Gazans at the border fence begging to be let into Israel, either for treatment or to escape disease – as well as thousands of infected people crossing the border fence and entering Israeli communities in their infected state, thus spreading diseases and infections among Israelis. According to the researchers, this scenario has played itself out in numerous places around the world in recent years.

The first people to be affected will be residents of the communities in the Gaza border area, the researchers said. Already in recent years, the lack of modern sewage systems in Gaza has caused problems with the operation of a major desalination facility in Ashkelon, as sea water in the area was infected with sewage.

According to the researchers, “the collapse of Gaza’s sanitary and health system, with its sewer system failing to operate, will affect water supplies, and lead to a complete breakdown of the health system in Gaza, leading to widespread infections.” That could lead to a mass invasion of sick Gazans into Israel, because “a population with nothing to lose will do anything it can to get over the border, including engaging in violent activities,” the researchers said, adding that “the continuation of the current situation is very dangerous. A strategic approach to solve these issues is needed.”