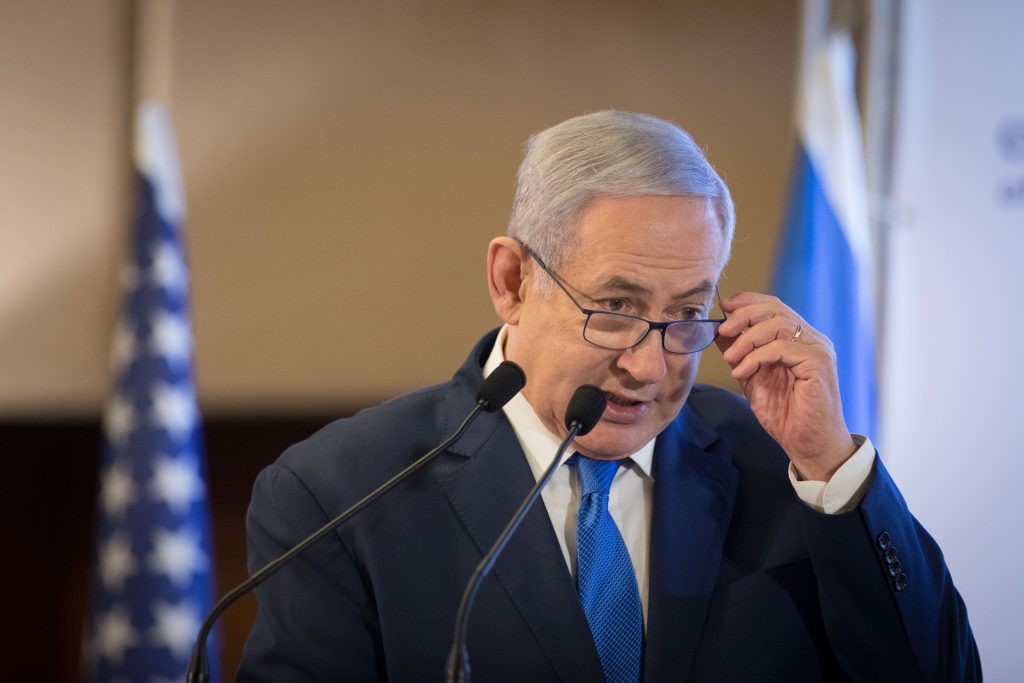 Israeli Prime Minister Binyamin Netanyahu said he will be making a statement Thursday evening, amid a rapidly-shifting political scene that threatens his bid for re-election.

PM Netanyahu held a series of talks throughout the day in a last-minute push for additional mergers on the right to counter the new center-left alliance led by Benny Gantz and Yair Lapid, according to media reports.

Time was running out for such maneuvers, as the 10 p.m. deadline for registering parties at the Elections Committee approached.

Netanyahu told the Likud secretariat meeting on Thursday that the Gantz-Lapid Blue and White party is a danger to the Likud.

“We know there is a danger here. I see things as they are and I am not beautifying them,” he said at a meeting of the Likud secretariat.

“The left is uniting with the support of the media and will enjoy constant propaganda from now until election day,” he added, according to Walla.

The possibility of bringing Kulanu into Likud faded during the day. The party’s head, Finance Minister Moshe Kahlon, a former Likud member, has vetoed the proposition, according to Ynet.

Meanwhile, another merger was shot down, as Yachad chairman Eli Yishai decided not to join the Jewish Home party, a source told Channel 12.

At Shas, news of the new party also aroused negative feelings. It said in a statement about Lapid: “His specialty is hating Judaism and religious people.”

It also noted Gantz’s support of civil marriage and public transportation on Shabbos, before saying that “Jewish identity in the state of Israel is in danger” and that they “will fight with all our might to prevent them from forming a government.”